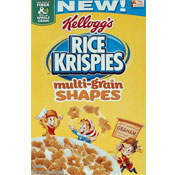 
Upon its U.S. introduction, this cereal was offered in one variety: a lightly sweetened graham flavored cereal. Outside of the U.S., this cereal has also been offered in a strawberry variety. The shapes in this muti-grain shapes cereal are stars, fish and gingerbread-style men. Outside of the U.S., you can also find trees and phallic rocket ships.

This cereal is targeted at the infant/toddler market traditionally dominated by Cheerios where the cereal is also used as a convenient snack for little kids. 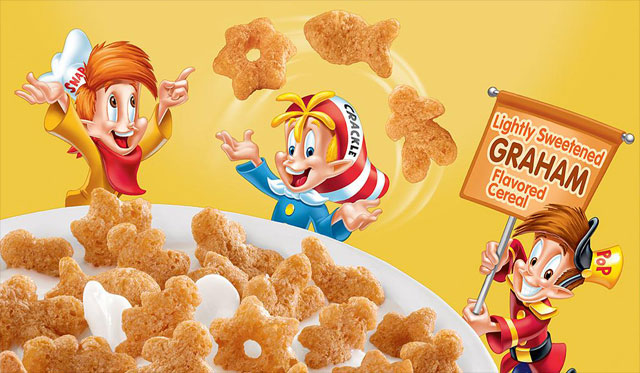 Upload an image for this cereal
Comments About This Cereal
What do you think of Rice Krispies Multi-Grain Shapes?
There are no comments yet for this cereal. Be the first! Was it good? Was it bad?
Do you have information not included in the article? Let the world know!