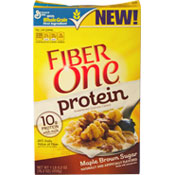 From: General Mills
Introduced in 2014


This cereal is described on the front of the box as a "sweetened granola cereal (that's) naturally and artificially flavored (and) made with real pecans."

The back of the box offers this longer description:

"Fiber One is powering up with protein. New Fiber One Protein adds the combination of fiber and protein to make one great tasting cereal. Wake up to delicious! It's a perfect blend of wholesome goodness, the taste of maple brown sugar and our delightfully tasty sweetened granola with crunch pecans. Better together! When protein and fiber can taste this good, every morning is a great morning." 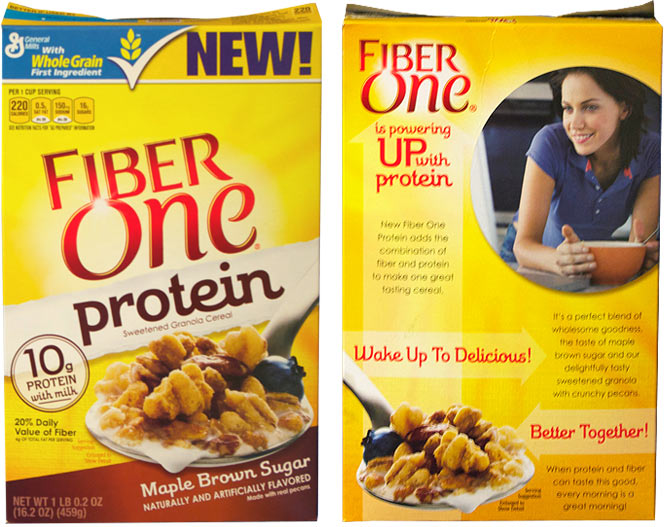 Also see Cranberry Almond Fiber One Protein which came out the same time as this cereal in January 2014.

Fiber One Protein - Maple Brown Sugar Cereal has been reviewed on MrBreakfast.com.

Click here to read the review.
Upload an image for this cereal
Comments About This Cereal
What do you think of Fiber One Protein - Maple Brown Sugar?

Like a cross between Honey Bunches of Oats and Super Sugar Crisp, yet much richer in taste.