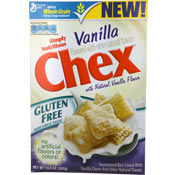 From: General Mills
Introduced in 2013


This cereal is described on the front of the box as a "sweetened rice cereal with vanilla flavor and other natural flavors." It's also noted that the cereal is "gluten free (with) no artificial flavors or colors."

The first 5 ingredients listed on the side panel are whole grain rice, rice, sugar, fructose and rice bran.

Upon the cereal's introduction, the box featured a recipe for Chex Vanilla Muddy Buddies, a sweet snack that includes the cereal, white chocolate chips, butter, vanilla extract and powdered sugar. 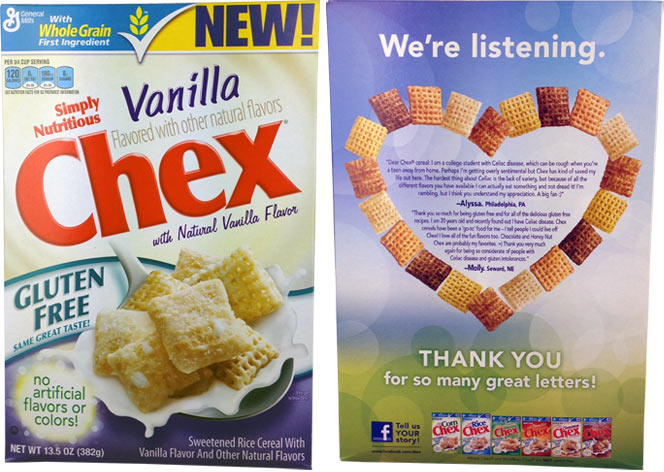 Vanilla Chex Cereal has been reviewed on MrBreakfast.com.

Click here to read the review.
Upload an image for this cereal
Comments About This Cereal
What do you think of Vanilla Chex?

It definitely does have castoreum. It's pretty easy to tell just by tasting it.