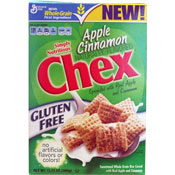 From: General Mills
Introduced in 2012


This cereal is described on the box as a "sweetened whole grain rice cereal with real apple and cinnamon." It's also noted that the cereal is "gluten free... naturally flavored... (with) no artificial flavors or colors!" 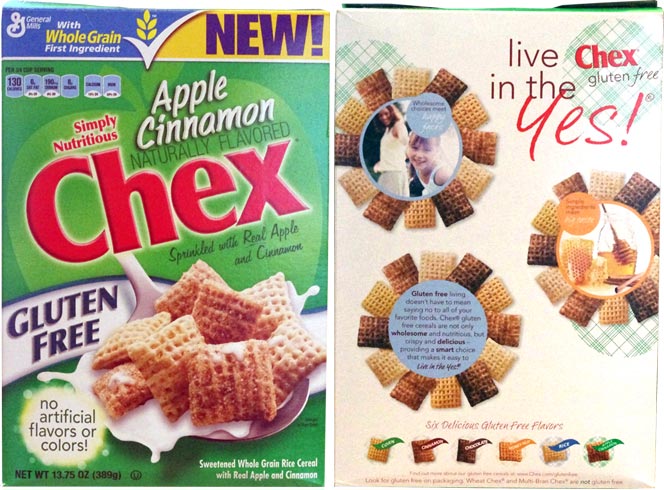 Apple Cinnamon Chex Cereal has been reviewed on MrBreakfast.com.

Click here to read the review.
This cereal belongs to the following Mr Breakfast Cereal Families:
Upload an image for this cereal
Comments About This Cereal
What do you think of Apple Cinnamon Chex?

Lately this cereal is hard to find. Did General Mills quit making it? Whenever it is on the shelf we buy several boxes at a time.

An apple cinnamon blast for breakfast!

Way too sweet. Each piece is drenched with the flavor coating so that the cereal is almost fuzzy in appearance. Would be better if they had an equal amount of plain pieces mixed in.

This is the best apple cereal on the market right now. I hope they keep making it.