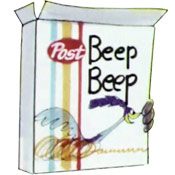 
Post Beep Beep cereal never made it to grocery stores. It was developed to the point that a scratch commercial was created consisting of filmed story boards with a narrator's voice over and cartoon sound effects. While we don't know if an actual edible cereal was ever created, the mock-up commercial indicated that Post Beep Beep would have been a crisp corn cereal flavored with brown sugar and honey. The cereal was referred to as The Road Runner cereal.

The characters of The Road Runner and Wile E. Coyote were created in 1948 by animation legend Chuck Jones. If you have any information regarding the year this cereal was in development, please leave a comment below. 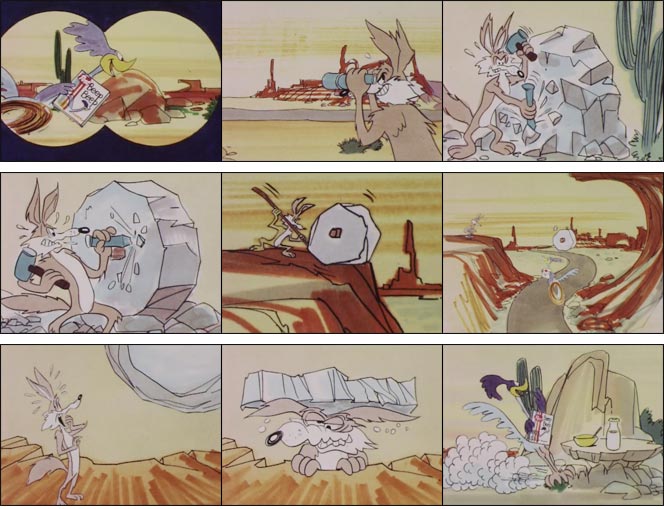 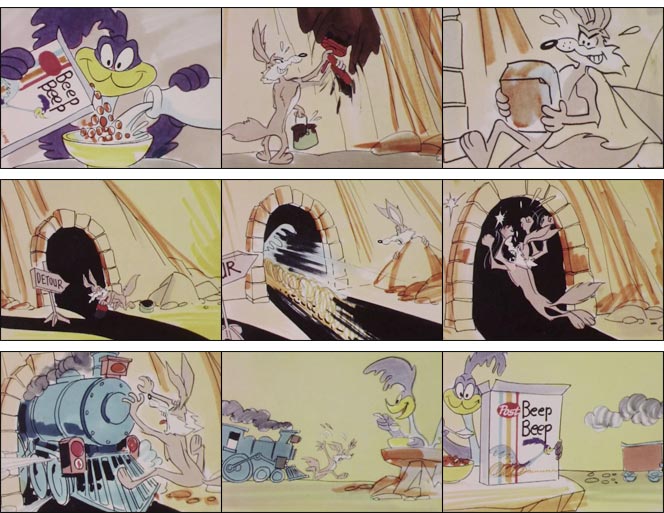 Upload an image for this cereal
Comments About This Cereal
What do you think of Beep Beep?
By Roadrunner Girl

I have a severe obsession with The Roadrunner. My sister got some POP'S! Cereal, I'm going to try and recreate it.

I stumbled upon the scratch on YouTube and was curious. This is my first stop. If, in fact, the narrator for this ad is the great, and very consistently working, William Conrad it would have been made before 1971. The success of the television series Cannon all but ended his narration career. Because the scratch is in color, this presumes it was made after 1966 when almost all television production went to color, probably somewhat later. The potential presence of Mr. Conrad leads me to wonder if the scratch was made by Gamma who did most of Jay Ward's animation into the 1970s, although I am almost certain Ward never had a relationship with Post. One man's opinion is that the scratch was made between '67 and '71, possibly by Gamma Productions. One alarming feature is just how off-model the characters are.

Very cool. I would have tried it.

If you have any information regarding the year this cereal was in development, please leave a comment below: Well it was between 1947 and 1949. The world was just settling into the post world war 2 land grab, and the Fresh Kills Landfill had just opened! Monkey astronauts. The Indians won the World Series. Lil known dood named Gandi was assassinated.

Wow. You're getting pretty thorough now Mister Breakfast... a cereal that almost existed. It would have been a cool one. Question: How can I tell when new cereals are added to the project? Is there a page or an email alert or something? - K. Dawg