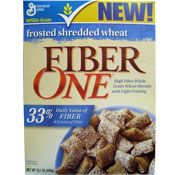 
According to the front of the box, this cereal consists of "high fiber whole grain wheat biscuits with light frosting" and it contains "33% daily value of fiber - 8 grams of fiber."

Fiber One - Frosted Shredded Wheat Cereal has been reviewed on MrBreakfast.com. 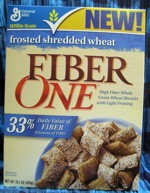 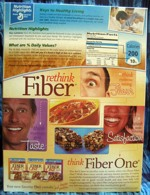 click to enlarge
Fiber One Frosted Shredded Wheat - Back

Submitter: Mr Breakfast
Uploaded: 1/16/2009
Additional details
Upload an image for this cereal
Comments About This Cereal
What do you think of Fiber One - Frosted Shredded Wheat?
There are no comments yet for this cereal. Be the first! Was it good? Was it bad?
Do you have information not included in the article? Let the world know!