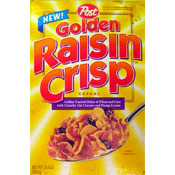 On September 5, 1995, the New York Times - through an article by Stuart Elliot - wondered, "Was the Kraft Foods division of the Philip Morris Companies inspired to call new Post Golden Raisin Crisp cereal "G.R.C." because a corporate sibling, the Miller Brewing Company, has successfully promoted Miller Genuine Draft beer as "M.G.D."? 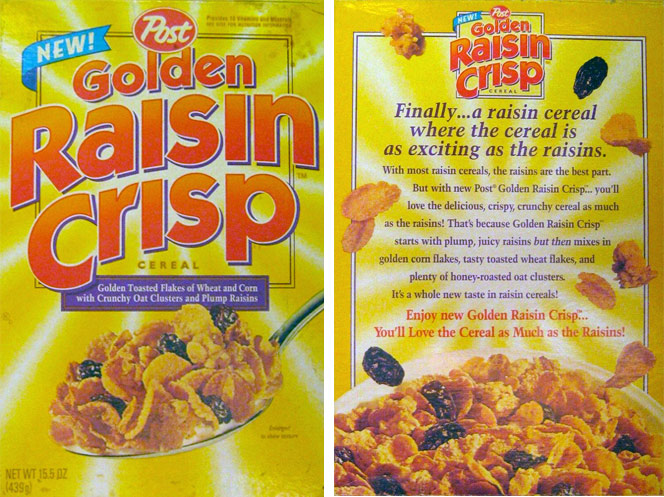 The commercial jingle for the cereal went like this:

This was the greatest cereal EVER made. I wish they would bring it back.