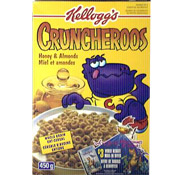 
This cereal from the 90's was available in an Apples & Cinnamon variety and a Honey & Almonds variety. The cereal pieces were crisp O-shaped rings reminiscent of Cheerios. Cruncheroos were primarily available in Canada, with limited sightings at stores in the U.S.

The cereal's mascot was Crunchosaurus Rex, a purple dinosaur in a yellow sweater with the letter "C" on the front.

The cereal disappeared from grocery stores in the late 90's. 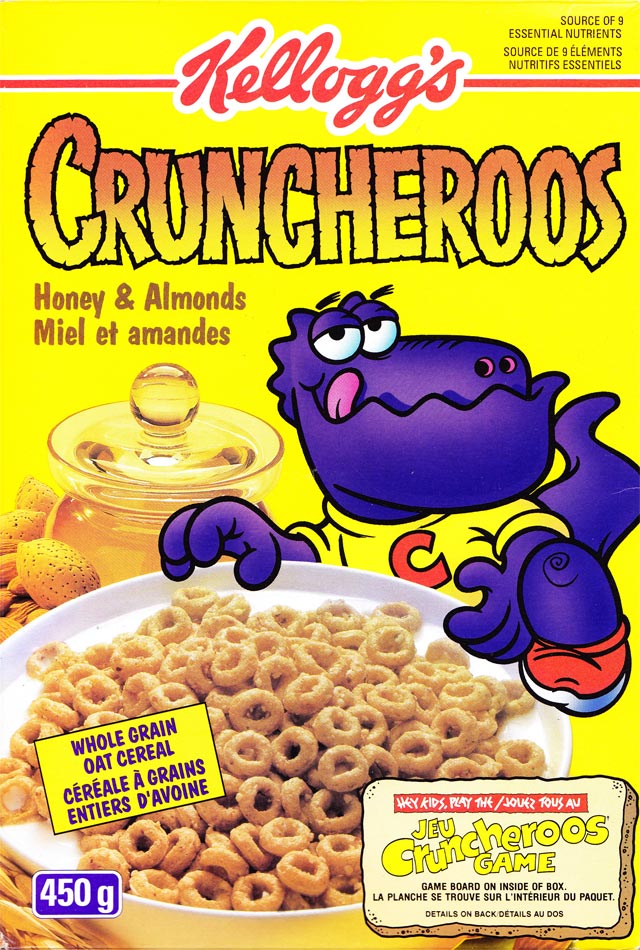 We were lucky to be given a box of Honey & Almond Cruncheroos from 1992. The first 9 ingredients listed on the nutrition panel were whole oat flour, sugar, honey, corn meal, corn flour, almonds, roasted wheat bran, salt and baking soda. The box featured the Cruncheroos game with cut-out game pieces on the back and a game board on the flip-side of the front of the box. 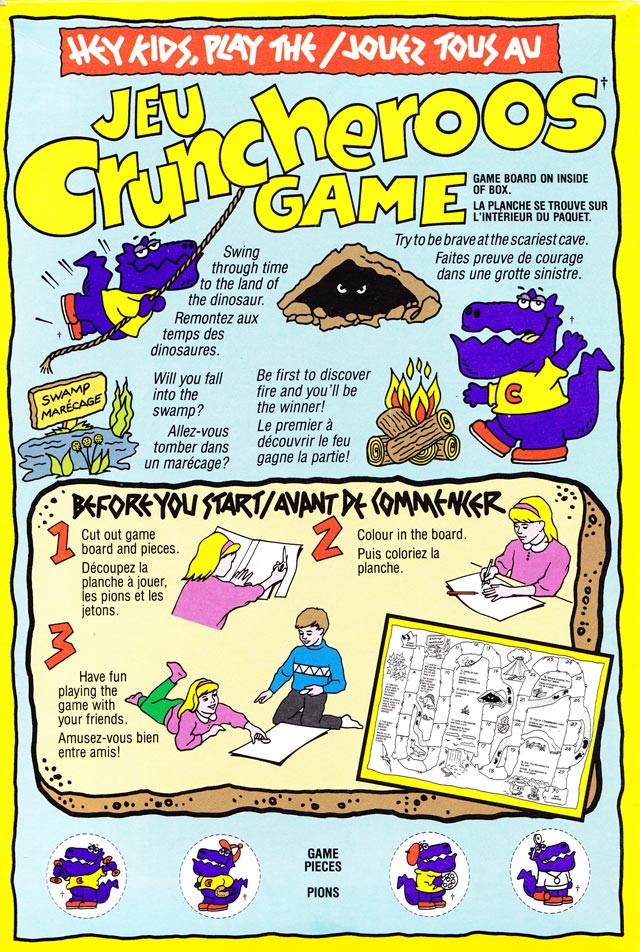 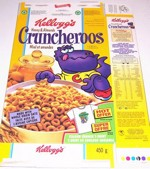 Submitter: jeffrey
Uploaded: 9/7/2010
Additional details
Upload an image for this cereal
Comments About This Cereal
What do you think of Cruncheroos?

Someone please look into bringing back Cruncheroos cereal and making and selling it again in Canada? It was and still is my favorite cereal. It has a distinct flavor that I love. I don't think it's similar to other cereals on the shelf. I love both flavors of Cruncheroos cereal. I know I'm not the only person who misses this cereal.

Bigsuge - if you mail me some of that to Canada I will send you double the money you paid for it. I NEED IT! Email me at marys_melancholia@hotmail.com

Hey they still sale this in a smaller box at the Walgreens in my area (Michigan), tastes great but it's murder on your gums and teeth. When they say crunchy they mean it!!