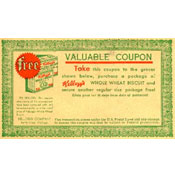 From: Kellogg's
Introduced in 1920

In 1932, National Biscuit Co. (later to be known as Nabisco) filed a court suit alleging that their trademark on "shredded wheat biscuits" had been violated by this cereal. They further asked the court to stop Kellogg's from making their Whole Wheat Biscuit cereal.

For some 35 years prior, National Biscuit Co. and a company they purchased called Shredded Wheat Co. had been the exclusive major manufactures of shredded wheat biscuits.

The winner was Kellogg's. The court ruled in their favor saying that "once a patent has expired, its benefits are to be freely enjoyed by the public." 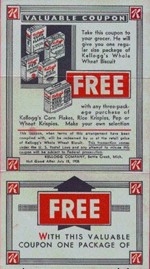 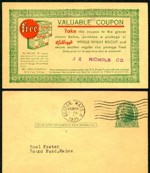 Submitter: jeffrey
Uploaded: 10/28/2010
Additional details
Upload an image for this cereal
Comments About This Cereal
What do you think of Whole Wheat Biscuit?
There are no comments yet for this cereal. Be the first! Was it good? Was it bad?
Do you have information not included in the article? Let the world know!