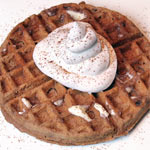 (4 servings)    Printable Version
I made these for a Sunday brunch and they were very well received. They had a lot of chocolate flavor but they weren't overly sweet - leaving room for all the sweetness that came from the toppings. I tried them with caramel sauce and whipped cream, but they were best served traditionally with butter and maple syrup (and a little whipped cream). A funny thing about these waffles was they they didn't emerge crisp from the waffle iron, but as they cooled while adding toppings, they became more crisp. This is a great recipe if you want to serve many waffles at once. Keep them warm in the oven (about 250 degrees) as you make more. The texture continues to improve as they rest. I'll be making these waffles many more times in the future. (This recipe was submitted in 2002. It was tested and photographed in September 2015.) 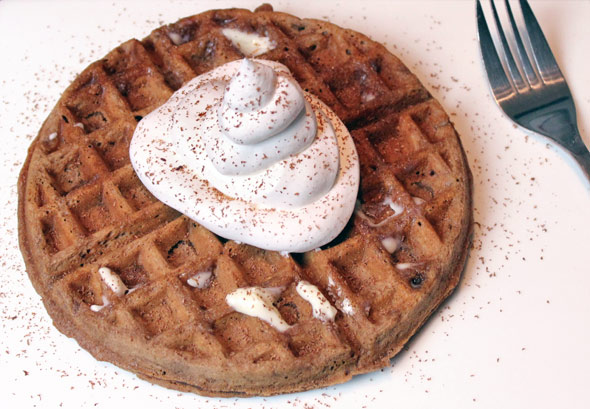 How to Make Chocolate Brunch Waffles

Cook in waffle maker according to manufacturer's directions. Serve warm with your choice of toppings. 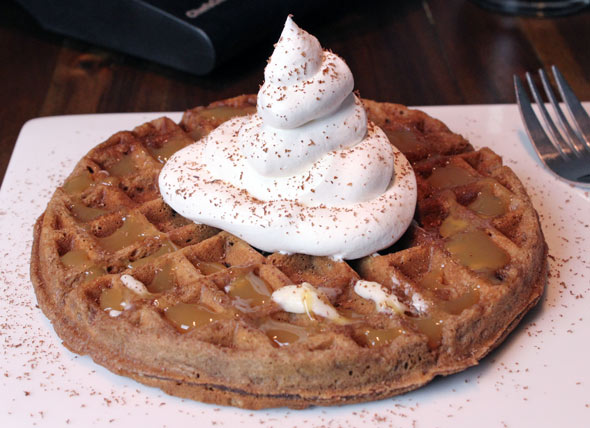 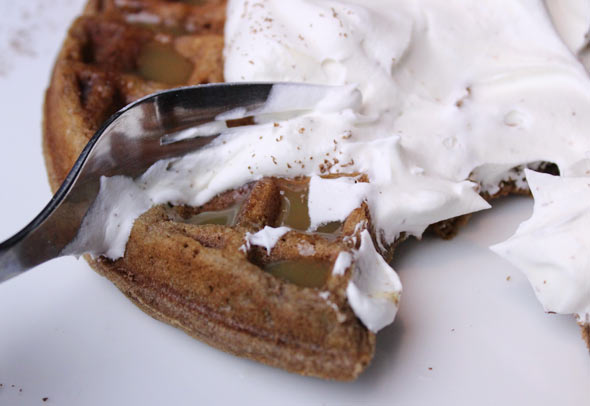 Mr Breakfast would like to thank mommagibs for this recipe.


Comments About This Recipe
What do you think of Chocolate Brunch Waffles?
Overall Average Rating = 5 (out of 5)
Based on 3 votes.

From MudBugLove
I also added a little more milk AND I added some chocolate chips in with the chocolate batter. DOUBLE CHOCOLATE! Deeeeeeelicious!

From QashY
This is very yummy. I added a bit more milk so the batter wont be so thick.

From Nancy
THese are positively DECADENT! As noted, the batter is VERY thick - almost like thick cake batter!! They taste like brownies- would be a great dessert waffle (almost too much for breakfast!)