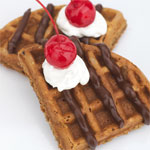 (4 servings)    Printable Version
These waffles get their flavor from melted chocolate incorporated into the batter as opposed to cocoa powder which many similar recipes use. If you're in an extraordinarily chocolatey mood, you can also add 10 or 12 chocolate chips to each waffle. Just sprinkle them over the batter before you close the waffle iron. I topped the waffles you see here with a chocolate icing which I made by mixing 1 cup powdered sugar, 2 Tablespoons heavy cream and 1/3 cup melted chocolate chips. (Photos by Mr Breakfast, August 2014) 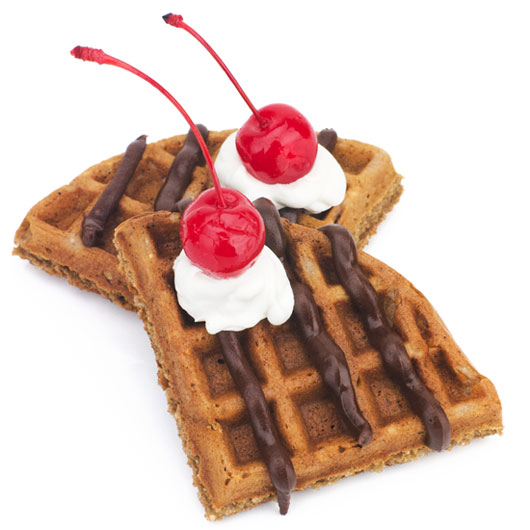 How to Make Chocolate Waffles

Sift flour, measure, and sift with baking powder and salt, and add alternately with milk to chocolate mixture. 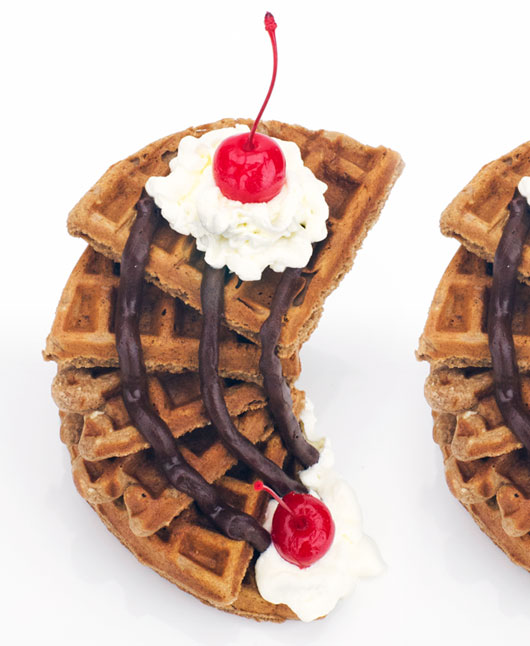 Note: You can replace the shortening in this recipe with melted butter if desired. The resulting waffles won't be as crisp on the outside but the inside will still be fluffy and light. 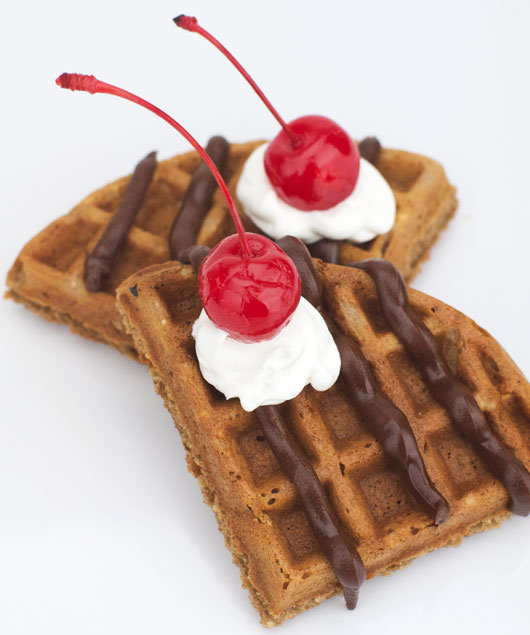 Light, crisp waffles with a beautiful chocolate flavor. Be sure to beat the egg whites separately and sift the flour so the waffles are as fluffy as possible.


Comments About This Recipe
What do you think of Chocolate Waffles?
Overall Average Rating = 5 (out of 5)
Based on 4 votes.

From JKFinley
How could you not enjoy this? Chocolate waffles are the best. Love the recipe and the presentation.

From abby
It's cool and yummy. I really enjoyed it.

It seems pretty good because I need this recipe for school in food tech. I hope it's good since we're getting marked on this.=)

From Joshua
It seems awesome! My mom, my brother, and I just made it! But I can't rate it yet. NOw I can! They are good!

From brooklyn
I tried it. It is delicious!!!