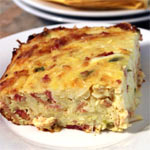 (7 servings)    Printable Version
I made this for a recent family brunch and it got rave reviews. I prepped everything the night before, refrigerated it and just popped it in the oven an hour before brunch. The casserole had lots of flavor and the hash browns gave it a hearty consistency that left everyone satisfied without additional side dishes or toast. I adjusted the recipe to suit an 11 x 8-inch baking dish buy reducing the eggs to 10 and milk to 1/2 cup. If desired, you can use a different kind of cheese. I used half Cheddar and half Pepper Jack. I wouldn't hesitate to make this again, especially if I needed to do most of my cooking in advance. (This recipe was submitted in 2002. It was tested and photographed in May 2015.) 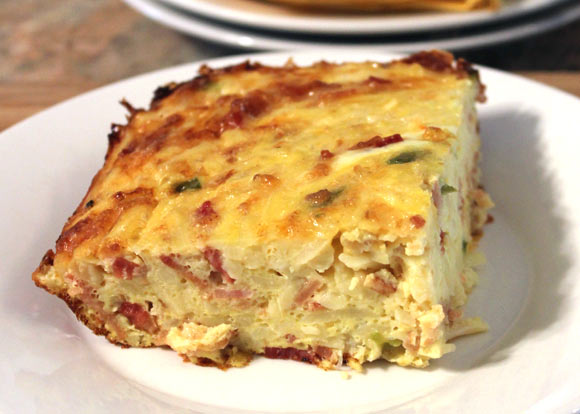 How To Make A Hash Brown Breakfast Casserole With Bacon

Bake uncovered at 350 degrees for 50-55 minutes or until a knife inserted near center comes out clean. 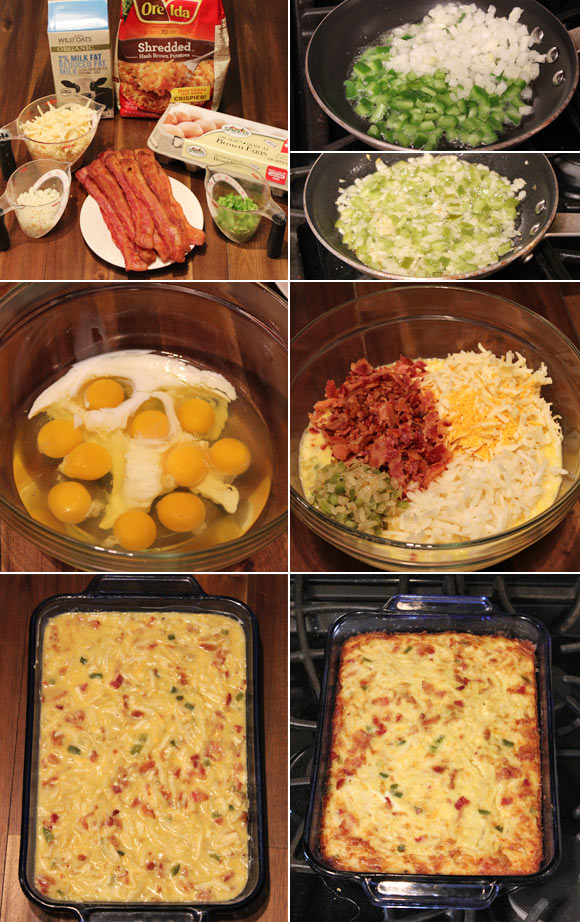 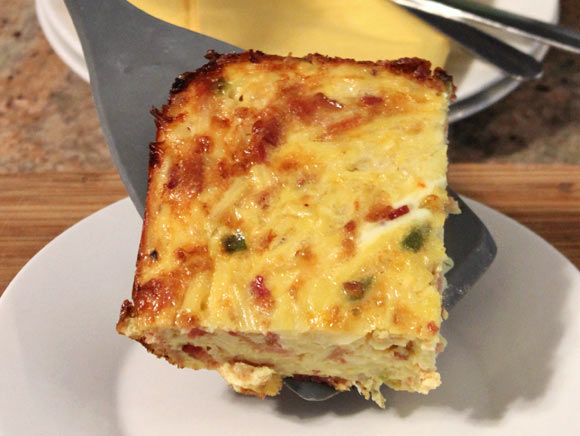 Mr Breakfast would like to thank lexani97 for this recipe.


Comments About This Recipe
What do you think of Hash Brown Breakfast Casserole w/ Bacon?
Overall Average Rating = 4 (out of 5)
Based on 2 votes.

From mom_shelly
My mom does this on holidays when we all converge on her from out of town. She uses obrein hasbrowns with peppers and onion in it. I do not use onions as I do not like them, and I do not mix cheese in, I sprinkle it on top, usually use colby jack and put extra cheese. We usually make this the night before, before we clean kitchen, then cover and refrigerate til morning. Take out and let sit on counter while oven is heating. That way no muss no fuss in morning when house full of company. We put the coffee on, throw this in the oven and start making a plate full of toast, everyone from the 3 year olds up to the great grandparents love it.

From Sunkissed
Used this recipe today for my womens golf club. Everyone loved it. It's definitely a keeper!