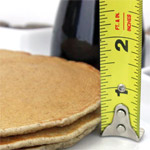 (4 servings)    Printable Version
These pancakes have received several great reviews. They are most definitely very flat. Personally, I'm not into that. I like a thicker, fluffier pancake. If flat is your thing, you'll probably like these. I would recommend adding a teaspoon of vanilla so the flavor is a little more interesting. If you want a recipe where the pancakes are a little lighter and thicker, try our recipe for Reliable Homemade Pancakes. (The recipe on this page was submitted in 2003. It was tested and photographed in September 2015.) 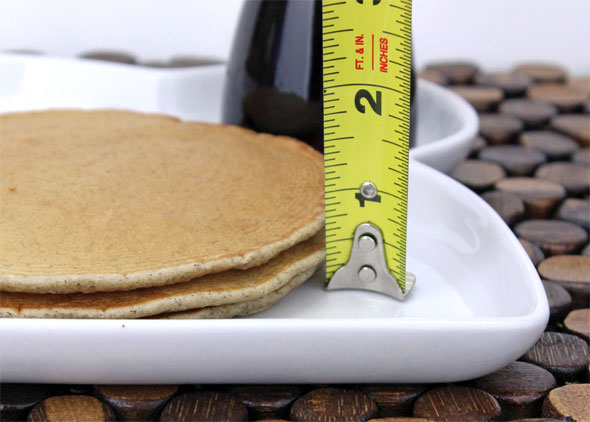 How To Make Flat Jacks

Mix all of the ingredients together. The more milk you use, the thinner the pancakes.

Fry pancakes on a greased griddle set at just above medium. When bubbles appear on top of the pancakes, flip them and cook the other sides to golden brown.

When adding milk, stop when the batter consistency is like a thick syrup. For each pancakes, use 1/4 cup to 1/3 cup batter. For more flavor, stir 1 teaspoon of vanilla and a pinch of cinnamon into the batter when mixing. 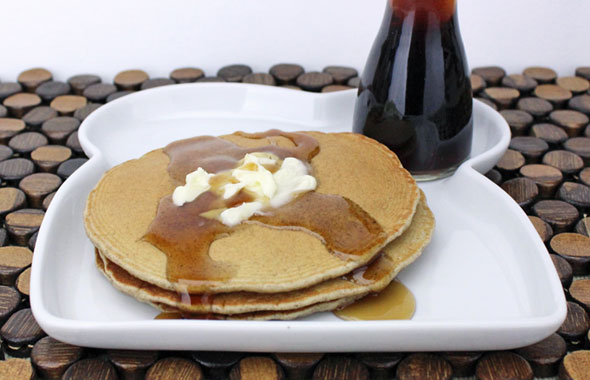 A very basic pancake recipe that turns out somewhat flat - somewhere between a crepe and an American pancake. You can control how flat they'll turn out by adjusting the milk in the recipe.


Comments About This Recipe
What do you think of Flat Jacks?
Overall Average Rating = 4 (out of 5)
Based on 7 votes.

From Janer
My Flat Jacks turned out amazing! I even used almond milk!! My daughter loved them, thank you for the recipe!

From rayyan
Pretty good recipe but it makes too much. (Should halve the recipe next time.)

From RunGourd
Terrible. As I realized this travesty wasn't working out, I made several on-the-fly adjustments to both my cooking tactics and the recipe. Nothing worked to stop this train-wreck from ruining Sunday Morning Family Breakfast.

Now, I'm gracious enough to consider that I simply COOKED THESE WRONG, but there are no cooking directions - it's not a recipe, it's an ingredient list. If I had to do something more than mix the ingredients and put them on a griddle, then it should have said so.

From mickster
Simple recipe turned out good. We'll use it again.

From lashunji (Team Breakfast Member)
Now that's what I'm talkin' 'bout. This is an old fashioned recipe. Ain't nothing like it but ummmm good!!:)

From Naimy
Hey, if you take away the baking powder, the recipe is excactly the same as swedish pancakes.

From Voidcheck
Mmmm pancakes... I add a equal amount of sugar to salt, try it :)