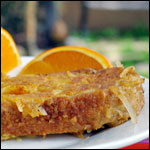 (4 servings)    Printable Version
Combine the crushed cereal and coconut and set aside.

In a large mixing bowl, beat the eggs with the milk. Add the vanilla, cinnamon and salt and continue beating until well combined. Allow mixture to set a couple minutes until any bubbles or foam subside.

Dredge each slice of bread through the egg mixture until thoroughly soaked.

Place bread on a plate. Sprinkle the cereal mixture generously over each side.

Place a skillet or large frying pan over medium-high heat. Melt about 1 Tablespoon of butter for each batch of French Toast.

Transfer coated bread to the frying pan (as many slices as will comfortably fit at one time). Cook the bottom side to golden brown - about 3 minutes. Flip and cook other side until browned - 2 or 3 more minutes. Repeat with remaining batches of French Toast. 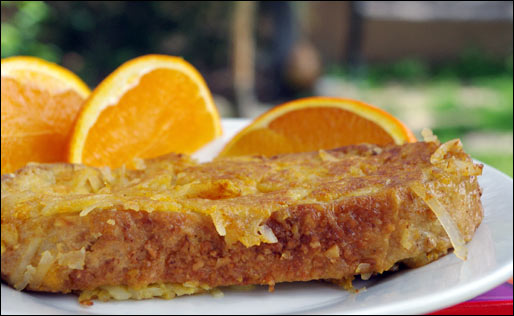 This recipe also works well with crushed corn or wheat flakes in place of the Cap'n Crunch.

The word "crunch" in the recipe is based more on the ingredients than the end result. The finished dish has a nice coating. If well-fried, you might be able to call it crisp, but "crunchy" would be a stretch.

An easy way to "crush the crunch" is to place the Cap'n Crunch cereal in a freezer bag, seal it and roll a rolling pin over the freezer bag to crush. Then add your coconut and shake to mix.

Similar recipes for coated French Toast often advise you to place the coating ingredient(s) on a plate and to drag the bread from the egg mixture through the plate of coating. AVOID DOING THAT. By the third piece of bread, the plate of coating is almost always a soggy, frustrating mess that's difficult to work with. The better method is to place your bread on a working plate and sprinkle coating over each slice as needed.

The soaked bread can be hard to work with using just a spatula or tongs. I like to use both a spatula and tongs for transferring the bread from the egg mixture to the coating plate and, finally, to the the frying pan. 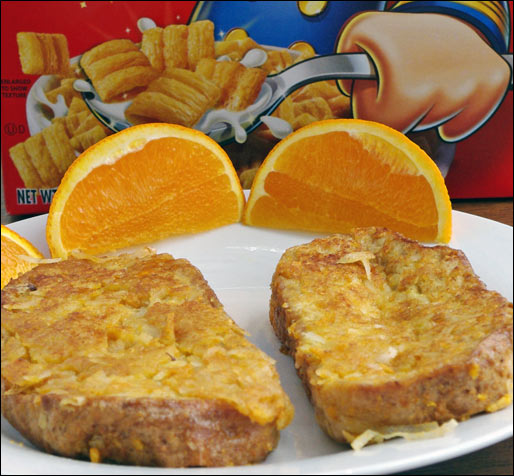 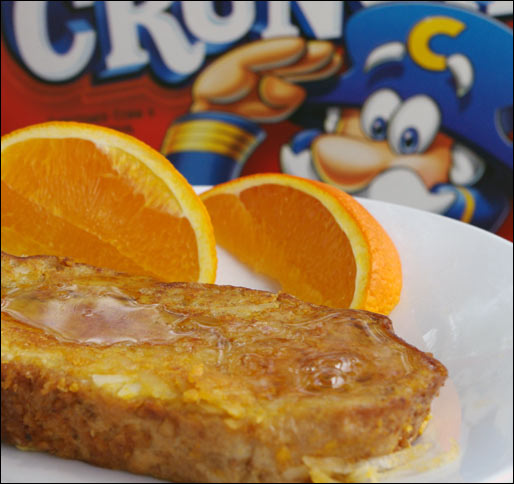 Once you've conquered this French Toast with a crisp crust of coconut and Cap'n Crunch cereal, try experimenting with other cereals. Golden Grahams French Toast? Froot Loops French Toast? Whatever you like.


Comments About This Recipe
What do you think of Coconut Crunch French Toast?
Overall Average Rating = 5 (out of 5)
Based on 2 votes.

From TooFly22
Mine was pretty crunchy. Maybe caldonia2 fried it too long on too low of a temperature or made the bread too soggy before dipping it in the cereal. We liked this recipe quite a bit.

From caldonia2
It's not crunchy, but it was really tasty. I think if you toast the coconut first, it would be more crunchy.