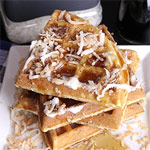 (4 servings)    Printable Version
This recipe was originally submitted under the name "Coconut Waffles II". After testing several coconut waffle recipes on the site, I found this one to be the best. Thus, I've changed the name to reflect that it is super awesome. These waffles come out amazingly light. Cooked on my waffle setting of 4 out of 6, they were crisp and golden brown. Coconut flavor is apparent in every bite. But it's subtle enough that it lets toppings like maple syrup play a costarring role. Bottom line: I loved these waffles and I will certainly make them again. (This recipe was submitted in 2009. It was tested and photographed in February 2016.) 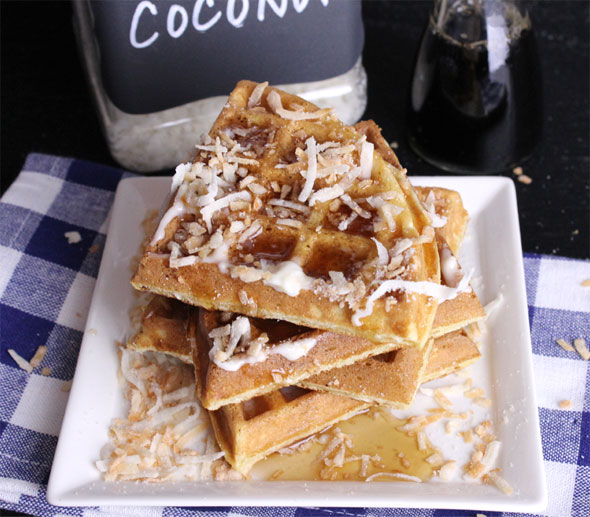 How To Make The Best Coconut Waffles

Place coconut in a large frying pan over medium high heat. Stir often until coconut is lightly browned and fragrant. Remove from heat and set aside.

In a separate bowl, beat the egg yolks with the milk, coconut extract, vanilla extract and melted butter.

In a third bowl (glass or metal), beat the egg whites with an electric mixer until stiff peaks form.

Add the egg yolk mixture to the dry ingredients and mix well. Fold the beaten egg whites into the combined mixture. 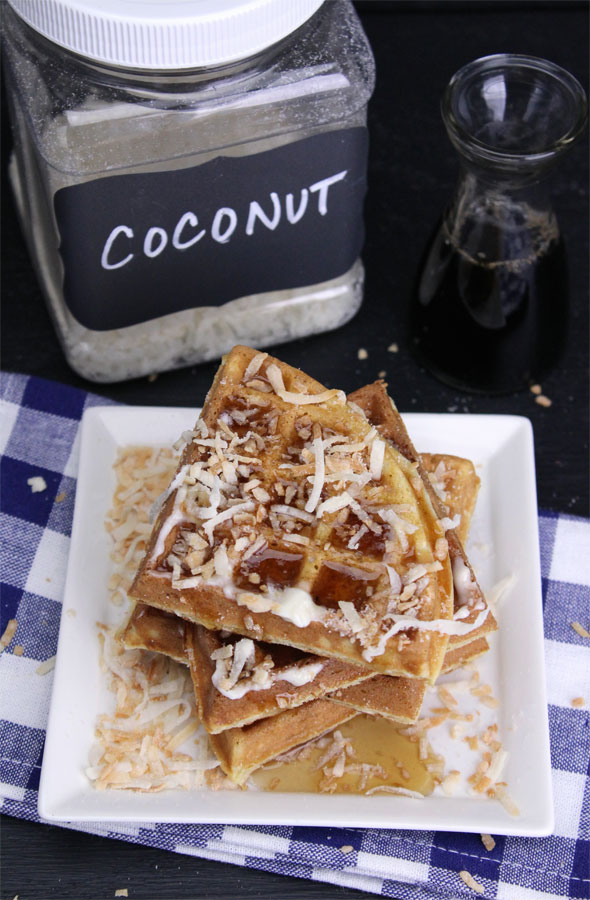 Hi Mr Breakfast - I saw that the Coconut Waffles recipe on your site was getting some pretty bad reviews, so I wanted to share my winning recipe with you. Toasting the coconut and adding a little coconut extract really adds flavor and beating the egg whites separately makes them fluffy. I hope everybody likes it as much as I do. 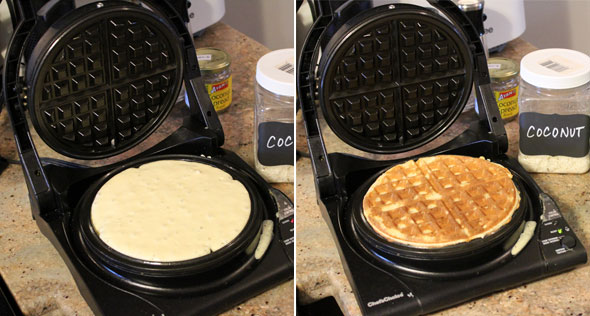 HOT TIP! When you toast your coconut, add an extra 1/3 of a cup that you can reserve as a garnish. The extra blast of coconut takes these waffles to an even higher level of excellence.

For my recipe test, I used a Chef's Choice M840B WafflePro Waffle Maker. The amount of batter produced made 8 6-inch diameter waffles that were 1/2-inch thick. 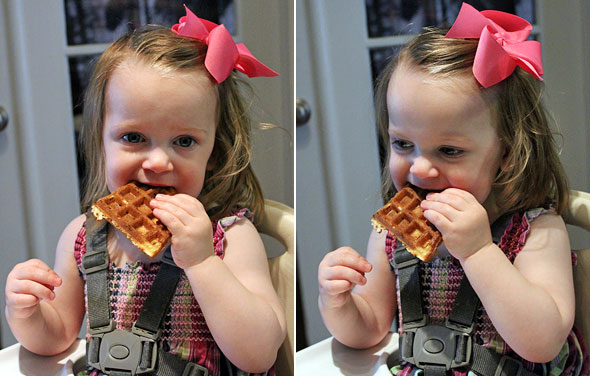 Crisp and light waffles with the perfect amount of coconut flavor. Garnish with additional toasted coconut for even more flavor.


Comments About This Recipe
What do you think of Best Coconut Waffles?
Overall Average Rating = 5 (out of 5)
Based on 3 votes.

From Nicole-6
Followed recipe except used coconut oil in place of the butter. By far my favorite waffle recipe ever! Have made it numerous times already. I think it pairs best with Log Cabin syrup.

From Jenn
These were wonderful! I used gluten free flour and they turned out fluffy and delicious! I served them with strawberries and whip cream. My husband, who usually hates waffles, ate 2 servings. I will definitely make these again.

From Kramin (Team Breakfast Member)
Delicious! My wife and kids gobbled them up. We had them with some homemade strawberry freezer jam. Really complemented the coconut flavor nicely.