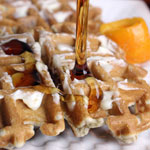 (6 servings)    Printable Version
We liked these waffles. They were lightly crisp cooked on a setting of 4 out of 6. The orange flavor was noticeable and nice, but it could have been stronger. I might increase the orange zest to 2 teaspoons next time. The amount of nuts and cranberries seemed just right. I used chopped walnuts for my nut selection. I pulsed them with the cranberries in the food processor so they'd distribute more evenly in the batter. When it came to evaporated milk versus regular milk, I opted for plain old 2% milk. All in all, these were very satisfying waffles that I would make again. (This recipe was submitted in 2009. It was tested and photographed in March 2016.) 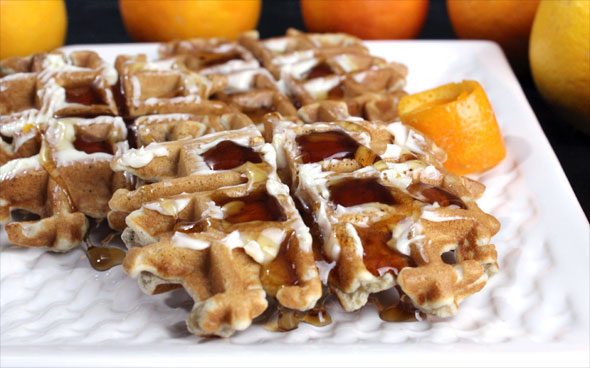 How To Make Cranberry Orange Waffles

In a large mixing bowl, sift together the flour, sugar, baking powder and salt.

In a separate bowl, beat the eggs with the evaporated milk, juice, oil, orange peel and vanilla.

Add the wet ingredients to the dry ingredients and stir until just blended. Fold in the berries and the nuts.

Bake the waffles according to your waffle maker's instructions. 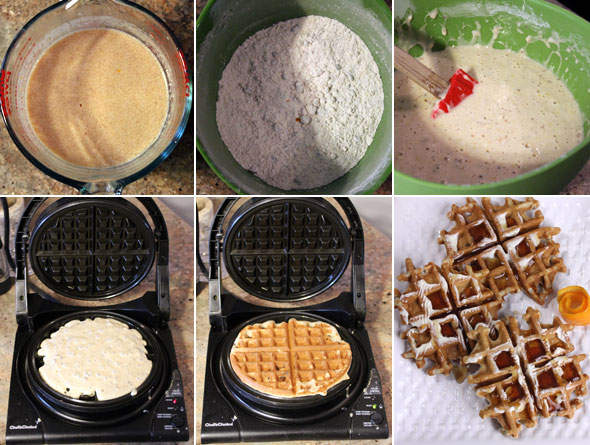 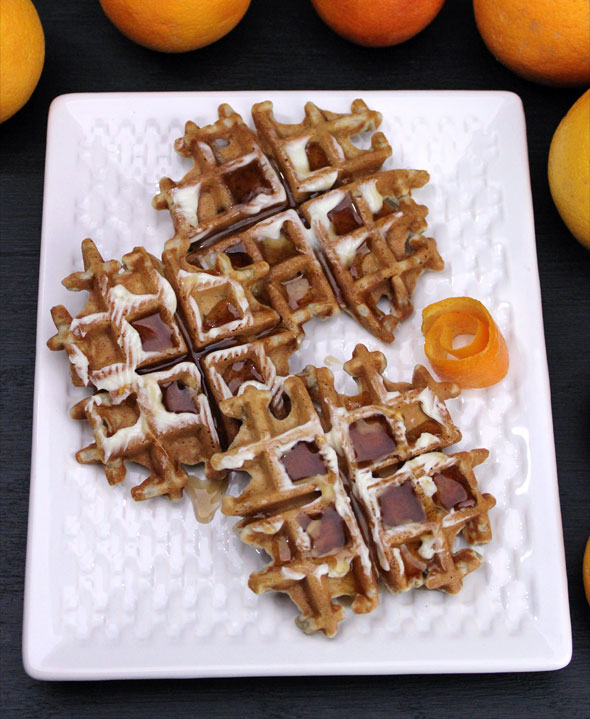 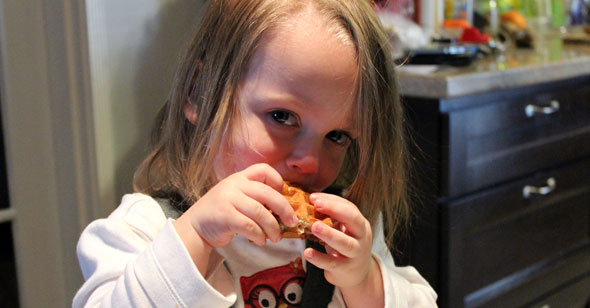 Serve these warm with softened butter and warm maple syrup... or for a big orange experience try topping with orange marmalade and whipped cream.


Comments About This Recipe
What do you think of Cranberry Orange Waffles?
Overall Average Rating = 5 (out of 5)
Based on 1 vote.

From mom of 2 boys (Team Breakfast Member)
Delicious! Did not care for the orange marmalade or maple syrup. Instead I made my own syrup using 1 1/2 cup brown sugar, 3 t. grated zest 1 cup orange juice. Bring to a boil and keep warm while making the waffles. A nice orange flavor that lets you enjoy the orange cranberry taste of the waffle.