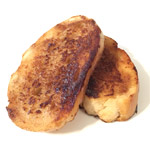 (1 serving)    Printable Version
This is sort of a lazy man's French toast. There's no milk or eggs like French toast. Instead, you simply brown buttered bread in a skillet, sprinkle with cinnamon sugar and then fry again until the cinnamon sugar makes a bit of crust. This was undeniably delicious. However... considering the (albeit minimal) effort and need to wash a skillet, I prefer to toast my bread in a toaster, butter it and then sprinkle with cinnamon and sugar. But with that said, this was pretty awesome. (This recipe was submitted in 2008. It was tested and photographed in August 2017.) 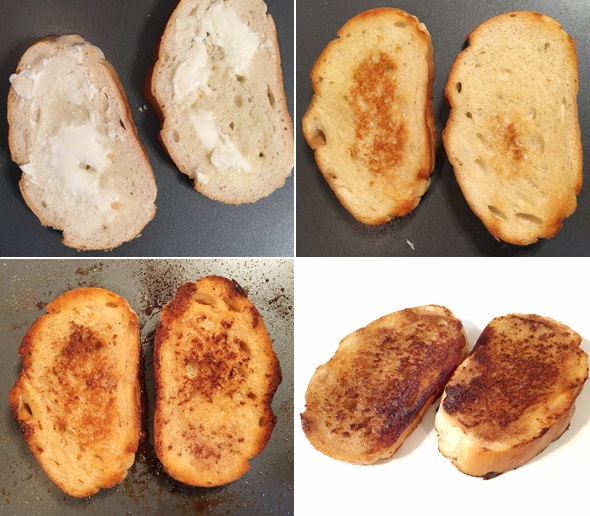 How To Make Cinnamon Butter Toast

In a small bowl, mix together the cinnamon and sugar.

Warm up a skillet on medium-high. When the skillet is hot, melt some butter on it. Brown the bread on both sides. Cover both sides of the bread with the cinnamon sugar.

Melt some more butter on the skillet, and warm both sides of the now cinnamon-sugar-covered bread until the cinnamon sugar is melted - DON'T BURN!!! Do the same with the other piece of bread.

*Make sure you don't use your bare hands to flip the bread while its on the skillet, it could burn your hands. 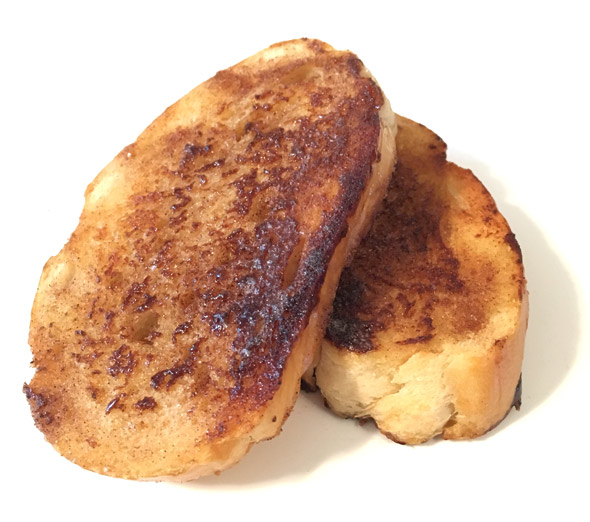 It took about 3 minutes to brown the first side and 1 minute to brown the other side. Then, it was about 40 seconds per side once the cinnamon and sugar was sprinkled on.

Yum and not a lot of calories either - just depends on how much butter and cinnamon-sugar you use.

Mr Breakfast would like to thank DCunited135 for this recipe.


Comments About This Recipe
What do you think of Cinnamon Butter Toast?
Overall Average Rating = 4 (out of 5)
Based on 3 votes.

From Cuddle
Super yummy! Thanks for the recipe!

From V. Innus
Tastes a little like French toast. I thought it was okay.

From Tiffany14 (Team Breakfast Member)
This was yummy! If I were you I would spread a little more butter over your toast when done.