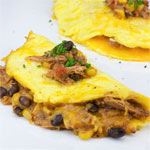 (4 servings)    Printable Version
For this omelet, you should gauge the flavor of the chili you use before deciding to use onions or jalapenos. I used a homemade chili that had onions and plenty of heat so I omitted the onions and peppers. This is a very filling omelet with a lot of character. I think it's a perfect use for leftover homemade chili. I adjusted the recipe to make 2 servings. I'll include my adjusted recipe after the original directions. (Recipe submitted in 2007. It was tested and photographed in December 2013.) 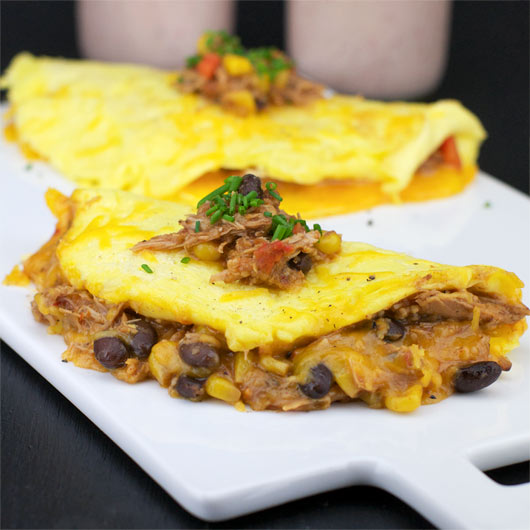 How To Make A Chili Cheese Omelet

First, warm up the chili in a sauce pan on the stove set to medium low - stir it occasionally.

In a large bowl, beat the eggs with the milk and seasonings to taste.

Add a little more cooking spray to the frying pan.

To make each omelet, pour about 1/4 of the egg mixture to the frying pan and sprinkle 1/4 of the sauteed onions and pepper into it.

Lift the edges of the cooking omelet with a spatula and tilt the pan to distribute the egg.

Gently, tilt the pan and fold the empty side of the omelet over the fillings.

Slide the omelet onto a serving plate and top with a spoonful or two of chili.

Repeat this process with the remaining ingredients, adding a little more cooking spray each time. 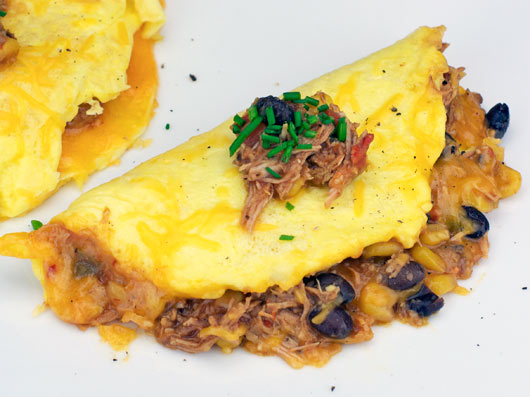 Just make two omelets as directed above (skipping steps about onions and jalapenos) and use half the chili and half the cheese for each omelet's filling. Add a sprinkle of pepper over each serving. Garnish with a teaspoon of the chili and some chopped chives. 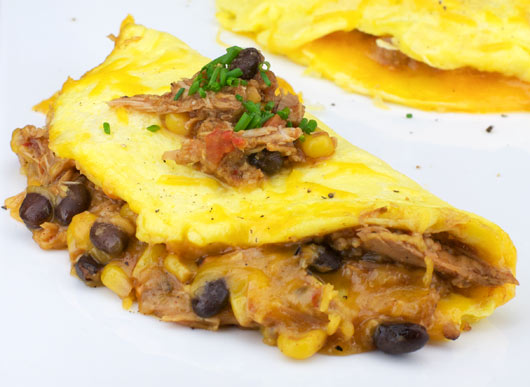 We like to use the kind of chili with beans, but you could also use the the kind without beans. Just use a bit less since it's usually so much thicker. You can also leave out the pepper if you want it less spicy.


Comments About This Recipe
What do you think of Chili Cheese Omelet?
Overall Average Rating = 5 (out of 5)
Based on 5 votes.

From Super Good
I made a chili omelet with homemade beef chili. I used Chi Chi's salsa. It was awesome! Then I googled it... great minds.

From Scaggs
Best with Venison Chili!

From liltyphoon (Team Breakfast Member)
I think this is pretty awesome.

From MarkLinton
When I lived in L.A., I used to have this every Saturday morning in Cafe 50's - great hangover cure!!

From saru
Sounds very filling, I however added some cheese to this recipe, tastes good.