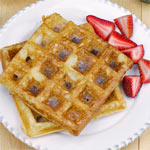 Note: The milk should be 110 degrees for best results. 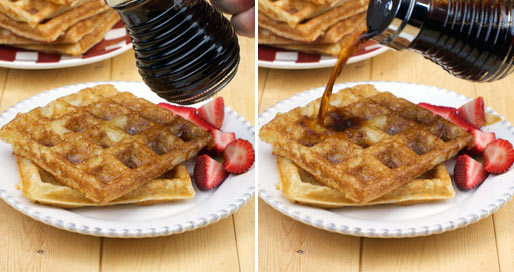 In a small bowl or cup, dissolve the yeast in a 1/4 cup of the warm milk. Let it stand until it's creamy - about 10 minutes.

Melt the butter in a sauce pan (or in the microwave on low). Remove from heat and let it set until it's about the same temperature as the milk.

In a large bowl, beat the egg yolks. Add 1/4 cup of warm milk and the melted butter and mix well. Stir in the yeast mixture, sugar, vanilla and salt.

Stir in the flour alternately with the remaining milk.

Cover the bowl tightly with plastic wrap and let the batter rise for 1 hour.

Cook according to the manufacturer's instructions for your waffle iron (be sure to preheat the iron before making any waffles). 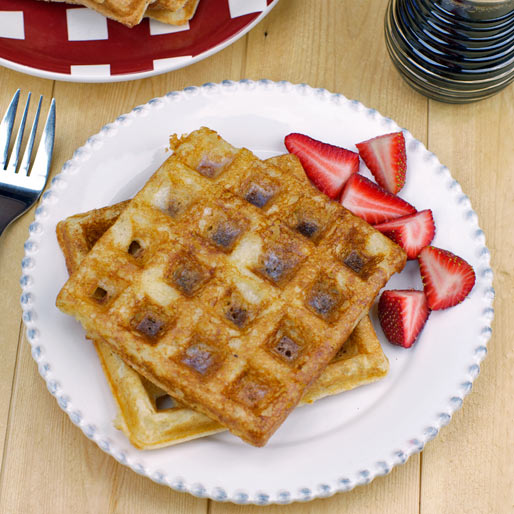 This is a good make-the-night-before recipe. Refrigerate the batter and use within 12 hours.

Extra waffles can be frozen. Wrap them tightly in plastic wrap. For best results, reheat in the oven at 350 degrees for about 10 minutes.

Authentic Belgian waffles are made with yeast and require a bit more time... but most people think it's well worth the extra effort.


Comments About This Recipe
What do you think of Perfect Belgian Waffles?
Overall Average Rating = 4 (out of 5)
Based on 9 votes.

From Lori Glory
Perfect as written. Not sure why that other person had their waffles come out heavy. The ones that we made were very light. I've bookmarked this one to make again.

From anglaise
Pretty good. Next time, I'll try reducing the flour by 1/4 cup. It was a little heavier than I was hoping, but overall really good.

From dem4life
It really worked great for us... a lot better than from a mix. This is a good one. Waffles!

erikwithak: sounds like your yeast was dead or didn't work enough? I haven't tried this recipe as yet but I had one that was great. They are only heavy when the yeast doesn't work right.

From erikwithak
This was not a good waffle... was the recipe changed???? The waffles were dense and the batter was thick. Measurements were exact, nothing light and crisp here... bisquick was better. TASTE WAS GREAT but the texture is awful!

From orillia
Waffles were so light and fluffy. Only wish they could make themselves so I could eat them faster.

From Drabo
This was the perfect waffle.

Waffles taste good, and I like them very much. they rule the old school. MUHAHAHA!!! I havent tried this waffle, but Scott Tee loved it, so I think they are good. HAHAHA! I am weird, right? Do not listen to me. Everything i say is a lie. Ha, that makes no sens... I will shut up now.

From rayne
The waffels turned out perfect. I'm adding the recepe to my file.

From Scott Tee
Turned out great... rose up real nice. Made closer to 12 waffles though... breakfast for tomorrow too! Thanks for a real good recipe!