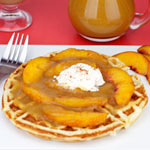 (6 servings)    Printable Version
In a large metal or glass bowl, cream the butter and sugar together. Add the eggs and beat until well mixed.

In a separate bowl, sift the flour with the baking powder and salt.

Add the flour mixture to the egg mixture along with the milk, lemon juice and vanilla. Mix well. Fold in the peach pieces.

Bake in a well-greased waffle iron according to manufacturer's instructions. 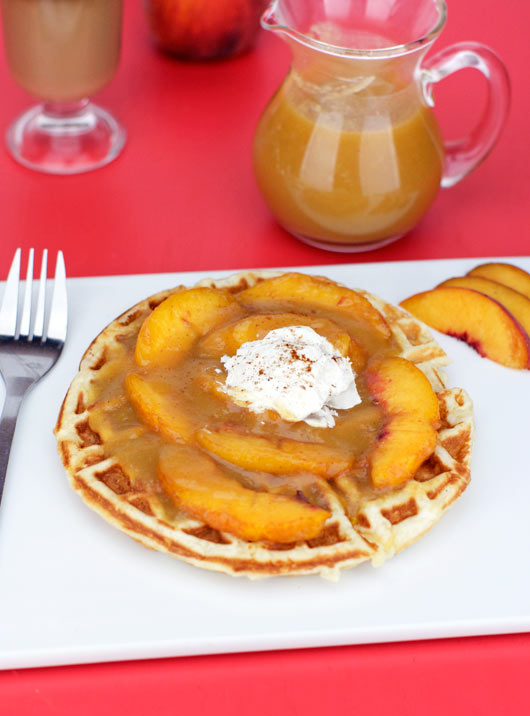 
Comments About This Recipe
What do you think of Peach Waffles?
Overall Average Rating = 4 (out of 5)
Based on 6 votes.

From Galvin
I think the moisture from the peaches limits how crispy the waffle can be. I was pleasantly surprised that emulsion of the butter and egg worked. I've had it where the butter was still solid and it fried the dough in the waffle maker.

From BenTX
Wish they were more crisp, but the flavor was just what I was hoping for.

From Yaarts
I added a banana to the mix and it was pretty good!! My only concern is how heavy they are. Other than that I loved them!

From Brandy R.
It worked for me. Not my all-time favorite, but still very good.

From Nate
Really nice batter, and not just limited to peaches. Bananas would go very well too. If you're using 'essence of vanilla' rather than real vanilla, I'd recommend doubling the amount.

From Just Peachy
Very good recipe, just what I was looking for to use up some peaches.