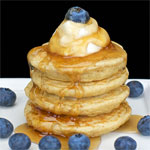 (24 servings)    Printable Version
There's two ways you can go with this recipe. When preparing the mix, you could grind the oats to a flour in the food processor. That will result in pancakes with more of a conventional texture. If you don't grind the oats, the pancakes have a heartier texture with a little more character in each bite. Both ways are great. It's just a matter of taste. For best results, let the batter set for 15 minutes before making the pancakes to soften the oats and to let the flavors intermingle. (Photos: Mr Breakfast, August 2014) 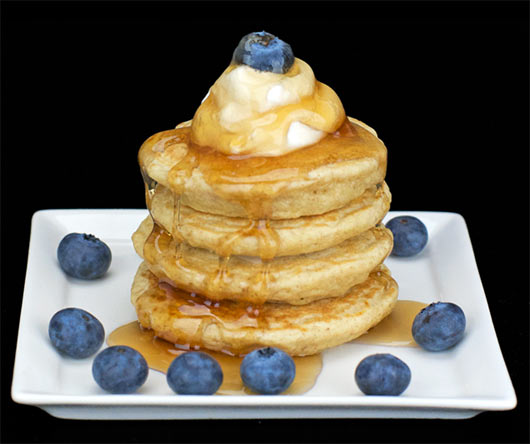 This recipe makes about 8 cups.

Pretty simple... just combine all ingredients (in a decorative jar if giving as a gift). Seal tightly and store in a cool place (refrigerator is as good as anyplace).

In a large mixing bowl, beat the eggs. Beat in the vegetable oil. Next, mix in the mix alternately with the water. Scoop in heaping Tablespoon amounts per pancake onto a lightly greased skillet set at medium-high heat. Cook until the tops show broken bubbles (2 to 3 minutes). Turn and cook about 2 to 3 minutes more, until golden brown. Makes twelve 5-inch pancakes. 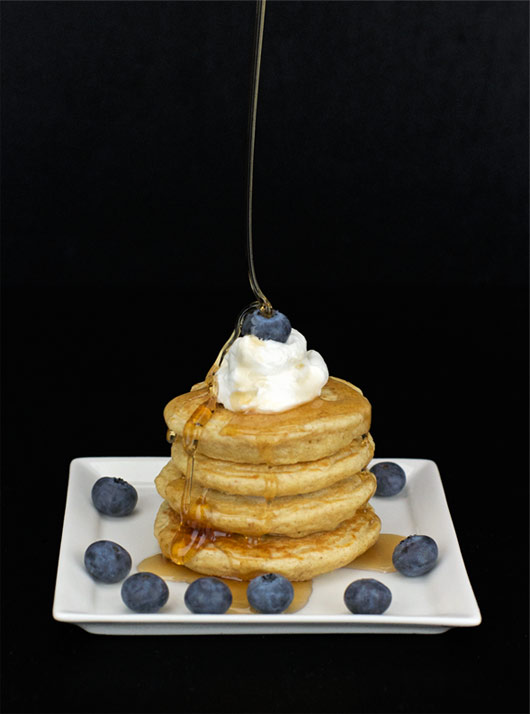 Great for yourself or as a homemade gift for people who love pancakes.


Comments About This Recipe
What do you think of Cinnamon Oatmeal Pancake Mix?
Overall Average Rating = 5 (out of 5)
Based on 3 votes.

From Kim
Made these pancakes this morning. They were delicious! Thanks for sharing the recipe.

Sir, I want to know that can I use oatmeal after including in milk without any more preparation.

From Doxie lady
My family loves these pancakes, especially with real maple syrup! For Christmas gifts, I measured out four cups of the mix with a copy of the recipe and cooking directions. Big hit!

From Lady Ginevra (Team Breakfast Member)
These are wonderful. I have made this mix several times - it is great to have on hand. I add more cinnamon than the recipe calls for, though, because we love the flavor. I usually add 3-4 tbsp to the mix. My children loves these, as well. They also freeze well if you want to make a bunch ahead of time for a quick breakfast.