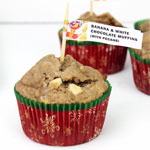 (16 servings)    Printable Version
These were very nice muffins, but I must admit that I like banana muffins with regular chocolate chips better than with white chocolate chips. With that said, I really have no complaints about this recipe. The banana flavor was excellent and I got some white chocolate in nearly every bite. The pecans were a nice touch. The cinnamon was noticeable. The vanilla - not so much. I'd consider increasing that if I made these again. Also consider this alternative recipe that uses regular chocolate chips: Banana Chocolate Chip Muffins. (The recipe on this page was submitted in 2003. It was tested and photographed in January 2017.) 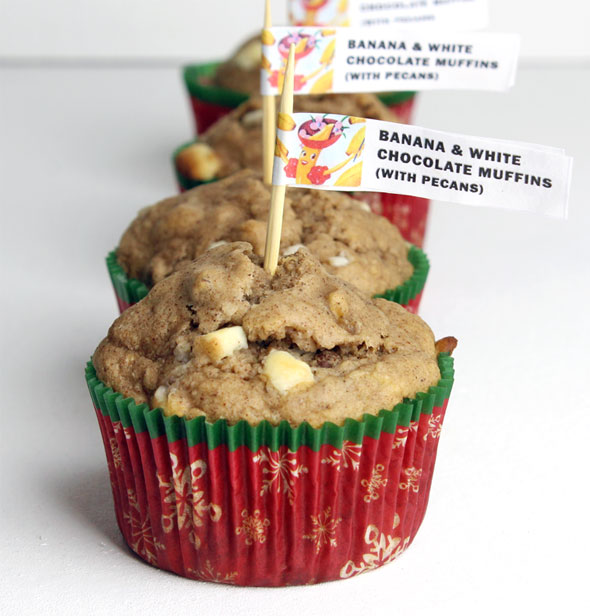 In a bowl, blend the egg, oil, banana, milk and vanilla. In a separate bowl, mix together the flour, sugar, baking powder, white chocolate, pecans and cinnamon. Make a well in center of the dry ingredients, and pour in the milk mixture. Stir until moistened (do not over-mix).

Fill 16 greased muffin cups 3/4 full. Bake 15-20 minutes until tops are golden brown. (Put a few tablespoons of water in any unused muffin cups to protect the pan and keep the rest of the muffins moist). Makes 16 muffins. 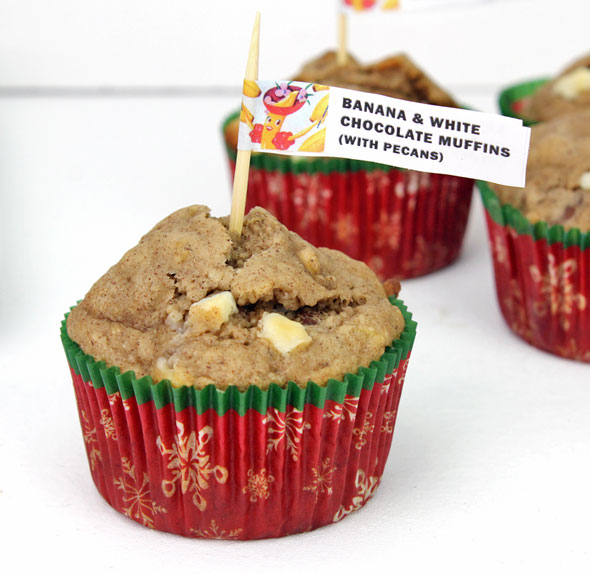 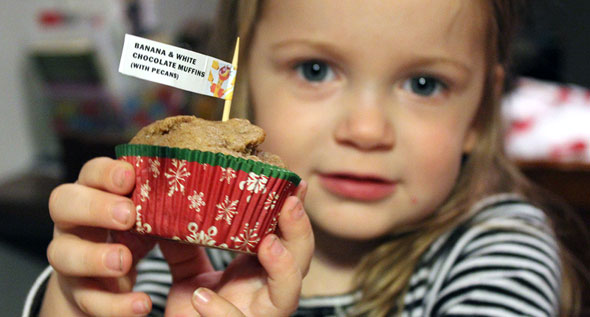 You probably already know that milk chocolate goes great in banana muffins. I'm posting this to show you that white chocolate is even better - especially when you add pecans too.

Mr Breakfast would like to thank Valarie34 for this recipe.


Comments About This Recipe
What do you think of Banana White Chocolate Muffins?
Overall Average Rating = 3 (out of 5)
Based on 1 vote.

Add some vanilla extract and 2 tablespoons of cinnamon... delicious.

The recipe is much improved with a little salt :)

From moi
Muffins were ok. Not much taste.