Slideshow of images uploaded for Freakies from Ralston

Return to the main page for Freakies
◀ PREVIOUS
NEXT ▶ 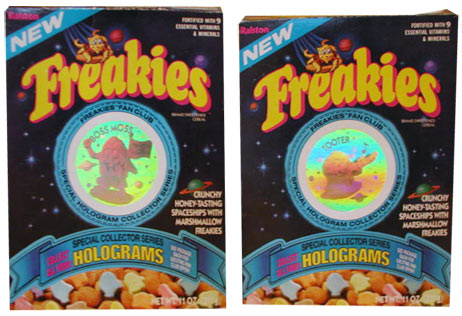 From 1989, two special Collector Series Hologram boxes of Freakies cereal from Ralston. The two Freakies characters in the holograms of these boxes are Boss Moss and Tooter. Tooter was a new Freakies character that appeared when the cereal was re-introduced. Boss Moss is one of the originals.