Slideshow of images uploaded for Barbie Multi-Grain from Kellogg's

Return to the main page for Barbie Multi-Grain
◀ PREVIOUS 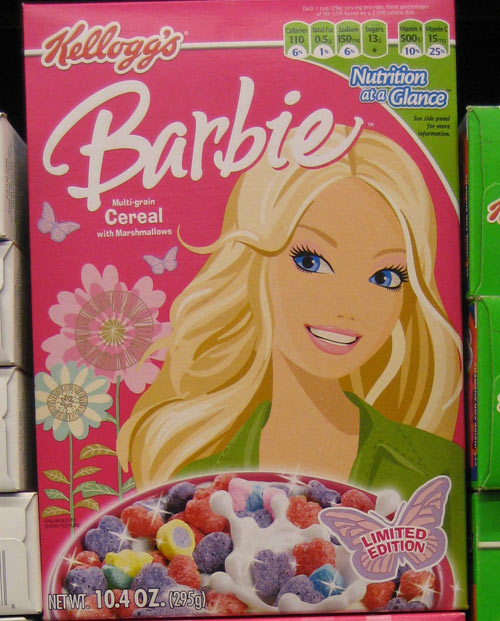 From the game on the back of the box, it looks the the Barbie characters on the front of the box here is named Summer. This picture was take at Ralph's Grocery Store in May of 2008. The cereal was priced much cheaper than other brand name cereals on the shelves... $2.50.