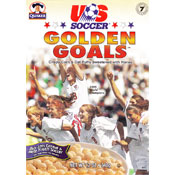 From: Quaker
Introduced in 1999

The ball-shaped cereal consisted of "crispy corn and oat puffs sweetened with honey".

Interestingly, a rival cereal company, General Mills, signed individual deals with five of the soccer team members to appear on boxes of Wheaties.

The following is from a PR Newswire story dated August 10, 1999: 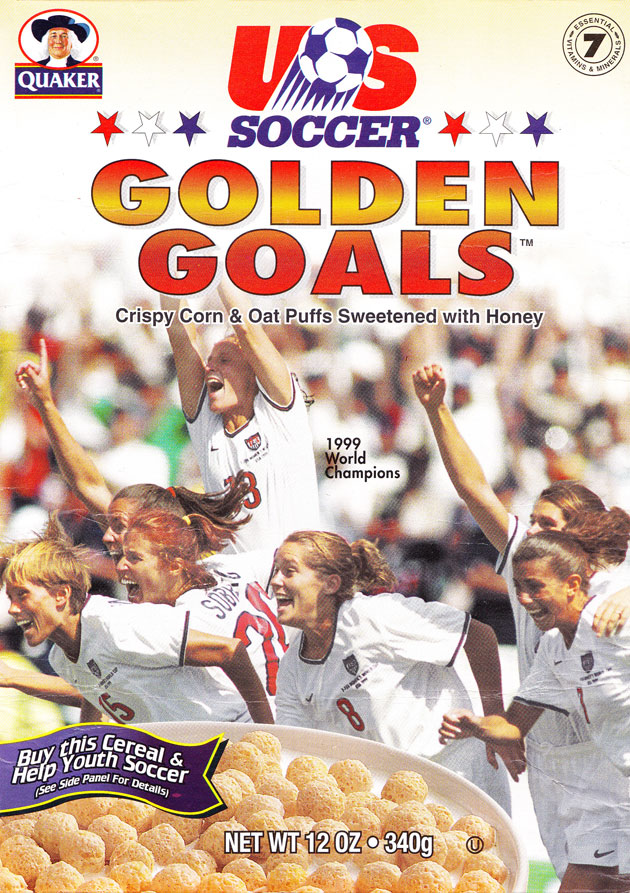 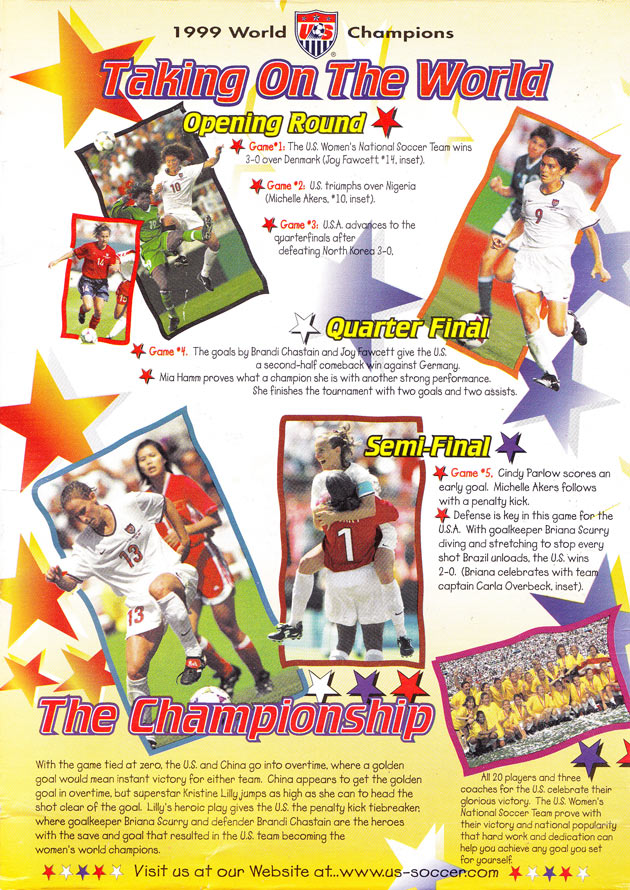 Here's an interesting anecdote about the term "Golden Goals" from the side of the cereal box:

"Did you know soccer uses Golden Goals to break a tie? That's right. When a game is tied, teams will play two 15-minute halves of sudden-death overtime - which means the first goal wins. That goal is called the Golden Goal. Just like the nutritious cereal you're eating right now." 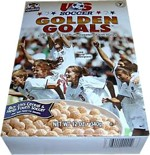 Submitter: Mr Breakfast
Uploaded: 11/21/2008
Additional details
Upload an image for this cereal
Comments About This Cereal
What do you think of U.S. Soccer Golden Goals?

I have a full box! Sitting with Mia Hamm Barbie in box. And a World Cup replica ball signed by Brandi.

I miss this cereal. Can't believe the last time I had it was over 12 years ago!

How much does an original box of these run? - Dbranting@nwcs.org

I still have my empty box! Proud Moment in US Soccer!