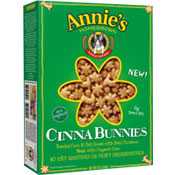 
This cereal was described on the box as a "toasted corn & whole oat cereal made with real cinnamon" with "no icky additives or pesky preservatives."

The cereal was eventually discontinued. In late 2017, Annie's reintroduced a version of the cereal. The box of the new version declared: "We're gluten free!" and "Cinna-Yummm!" The name of the new cereal is ever so slightly different with no space between "Cinna" and "Bunnies". It is called "Cinnabunnies". 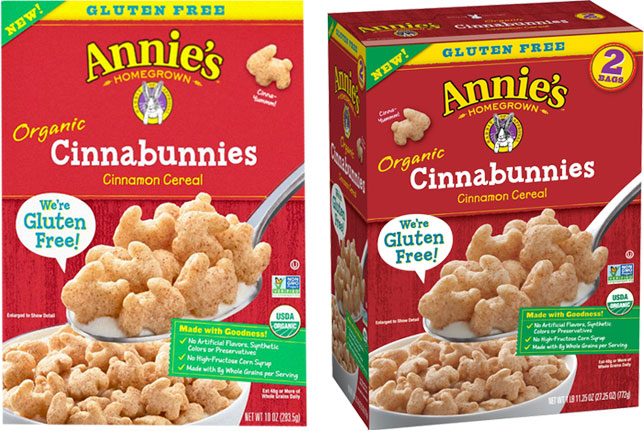 Upload an image for this cereal
Comments About This Cereal
What do you think of Cinna-Bunnies?
There are no comments yet for this cereal. Be the first! Was it good? Was it bad?
Do you have information not included in the article? Let the world know!