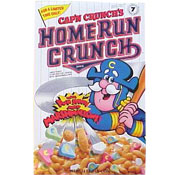 From: Quaker
Introduced in 1995


Cap'n Crunch's Home Run Crunch is a seasonal limited edition cereal that's been on shelves in 1995-96, 2007-08 and 2016*. When first introduced, the cereal box announced that it had "fun shapes and marshmallows!" The main cereal pieces, which tasted like traditional Cap'n Crunch cereal, were tan and shaped like bats and balls. The marshmallows were white home plate bits and multi-colored baseball caps and pennants emblazoned with the letter "C".

When a 2007 version of the cereal came out, the marshmallows were gone, the bat and ball pieces became green and red and traditional Cap'n Crunch pillow-shaped pieces were added to the mix. The version of the cereal that appeared in 2016 appears to be the same as the one from 2007, ie. no marshmallows. These later renditions of Home Run Crunch are considered by most to just be Cap'n Crunch with Crunch Berries cereal plus baseball bats. 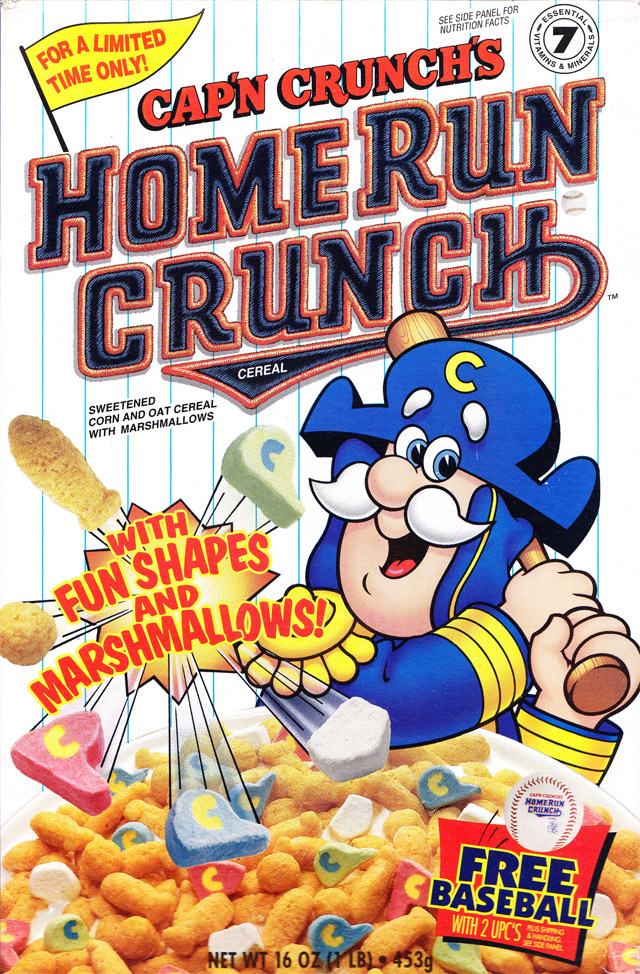 Every rendition of the box has shown Cap'n Crunch with a baseball bat swinging at either a ball or at pieces of the cereal. 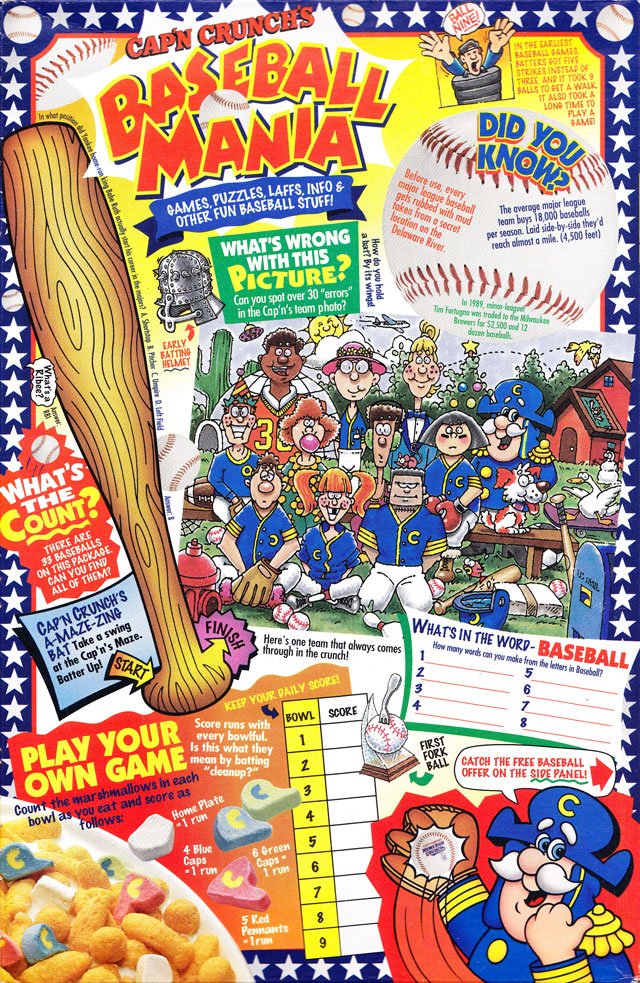 * We've received comments and emails that people also spotted Home Run Crunch on shelves in 2010 and certain other years. We've yet to confirm those reports. 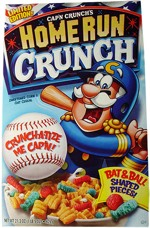 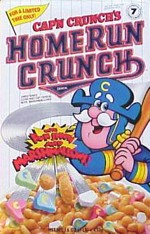 Submitter: DeeJay
Uploaded: 10/4/2008
Additional details
Upload an image for this cereal
Comments About This Cereal
What do you think of Home Run Crunch (Cap'n Crunch)?

This is still the best cereal that was ever made. It crushed my soul to find that it was no longer available. Please BRING IT BACK! OR tell me how to get it!

I wish they would bring this cereal back!

Yummy! This is making me miss that flavor all the more! I wish they would bring the marshmallows back!

I have seen it at Wal Mart just this week.

I wish this was still around... I still crave it even though I haven't had it since I was a kid!

This was a convergence of irresistible flavors that was every bit as amazing as it sounds. Too sublime to last.