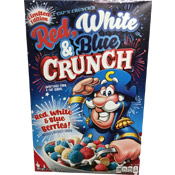 From: Quaker
Introduced in 2019


This limited edition Cap'n Crunch cereal came out in the late Spring of 2019 - plenty of time before the 4th of July holiday that the cereal celebrates. It's described on the front of the box as a "sweetened corn & oat cereal (with) red, white & blue berries." The berries referred to are Crunch Berries found in many other varieties of Cap'n Crunch cereals.

The front of the initial box shows a saluting Cap'n Crunch holding a spoonful of the cereal as fireworks burst around him. The back of the box features an activity panel titled "It's Summertime fun at Camp Cap'n Crunch" which shows some classic Quaker cereal mascots including Jean LaFoote (from Cap'n Crunch's Cinnamon Crunch) and Quisp the alien (from Quaker's Quisp cereal). 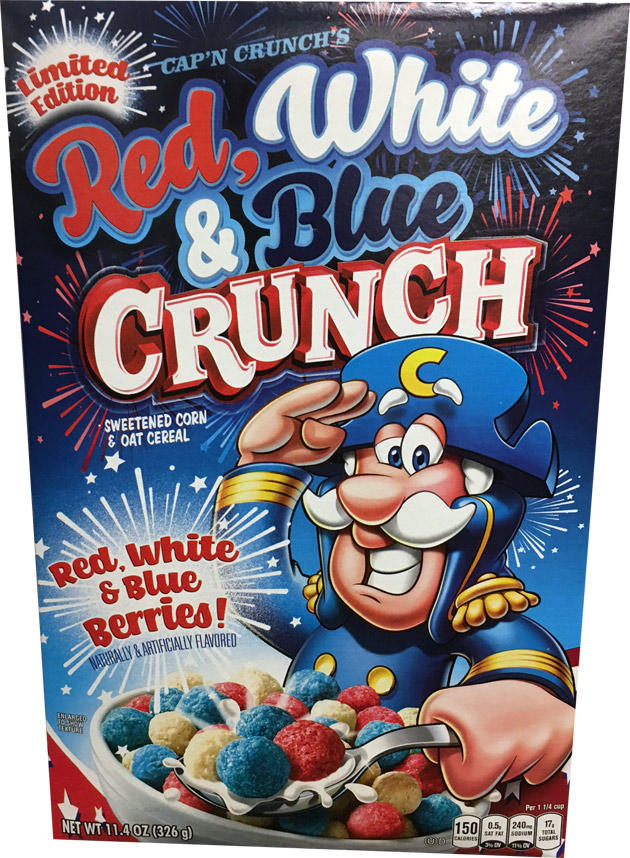 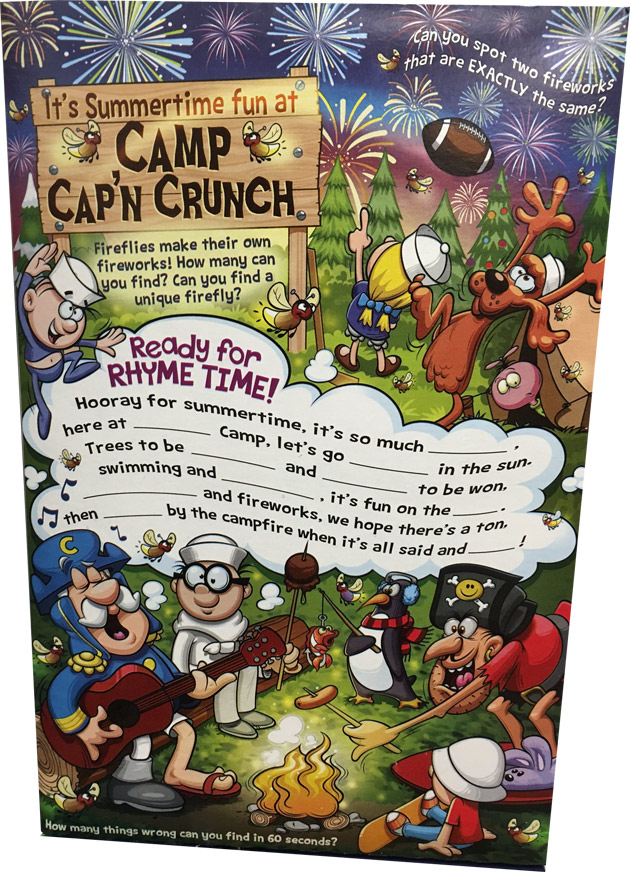 Click here to see all cereals from Quaker.
This cereal belongs to the following Mr Breakfast Cereal Families:
Upload an image for this cereal
Comments About This Cereal
What do you think of Red, White & Blue Crunch?

I bought this and thought it was really good. It was a nice surprise to see Quisp on the back of the box. Great cross promotion Quaker.