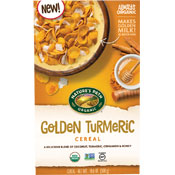 
This cereal is described on the front of the box as "a delicious blend of coconut, turmeric, cinnamon & honey." It's also noted that the cereal is "always organic" and "makes golden milk!"

The back of the box describes the cereal like this:

"Our delicious Golden Turmeric cereal is coated with a blend of turmeric, ginger, cinnamon, black pepper and honey - a perfectly invigorating taste to start your day." 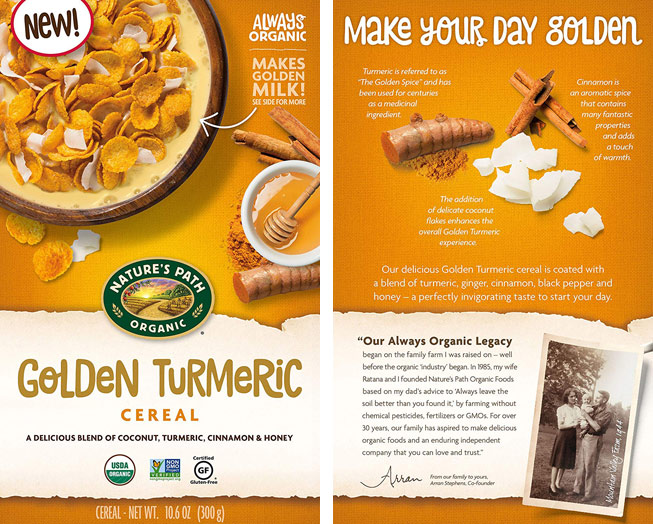 Upload an image for this cereal
Comments About This Cereal
What do you think of Golden Turmeric?
There are no comments yet for this cereal. Be the first! Was it good? Was it bad?
Do you have information not included in the article? Let the world know!