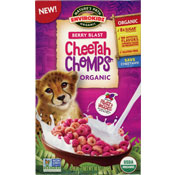 
This cereal is described on the box as organic and gluten-free with "fruits & veggies: strawberry, raspberry, carrot and more." Unlike original Cheetah Chomps which were round pieces with an X in the middle (possibly resembling Cheetah foot prints), this cereal consists of red and orange Cheerios-esque loops.

The back of the introductory box has a panel titled "Together We're Saving Cheetahs - One Breakfast At A Time!" It contains interesting Cheetah facts and explains how the company donates 1% of sales to "environmental education projects that support vulnerable animals like cheetahs." 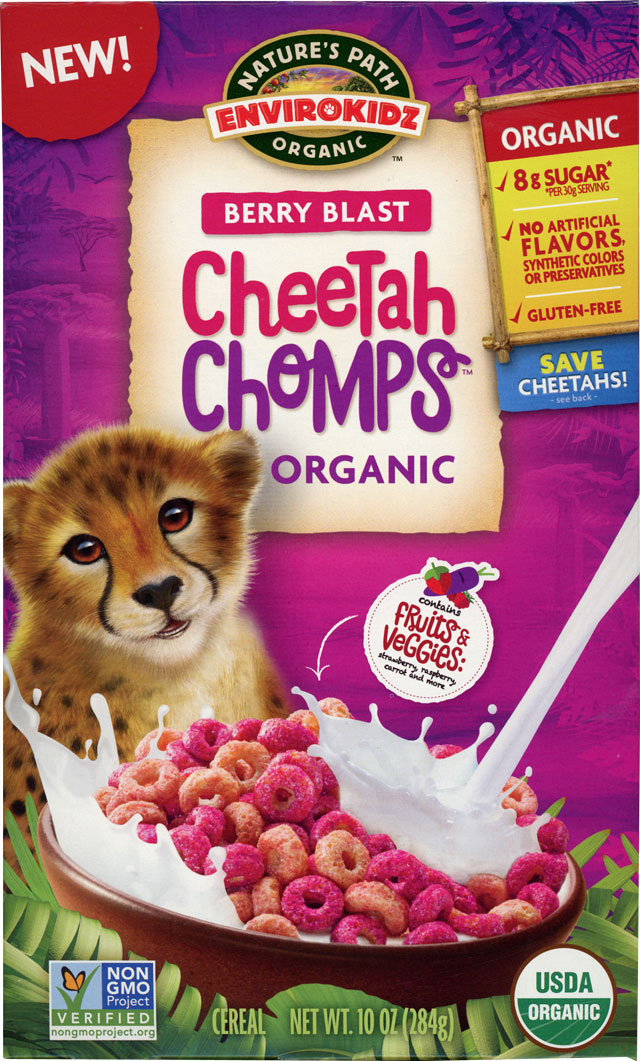 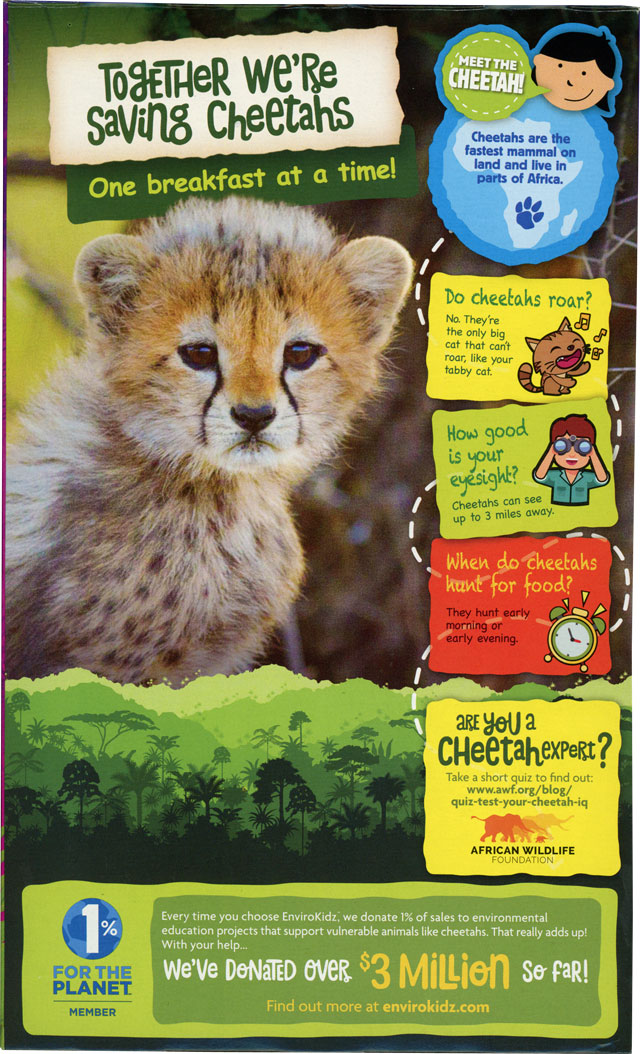 Berry Blast Cheetah Chomps Cereal has been reviewed on MrBreakfast.com.

Click here to read the review.
Upload an image for this cereal
Comments About This Cereal
What do you think of Berry Blast Cheetah Chomps?
There are no comments yet for this cereal. Be the first! Was it good? Was it bad?
Do you have information not included in the article? Let the world know!