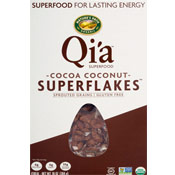 From: Nature's Path
Introduced in 2017


The complete name of this line of cereals is Qi'a Superfood Superflakes. It's available in the following varieties: Cocoa Coconut, Coconut Chia, and Honey Chia.

The side of one of the boxes explained the cereals like this:

"Qi'a (pronounced Key-ah) arose from our desire to provide the healthiest organic foods made from the highest quality superfood ingredients. We teamed up plant proteins, sprouted grains and other nutrient-rich ingredients to provide you with a clean source of fuel. Lightly sweetened with organic honey and coconut palm sugar, Qi'a Superflakes are a deliciously nutritious start to your day." 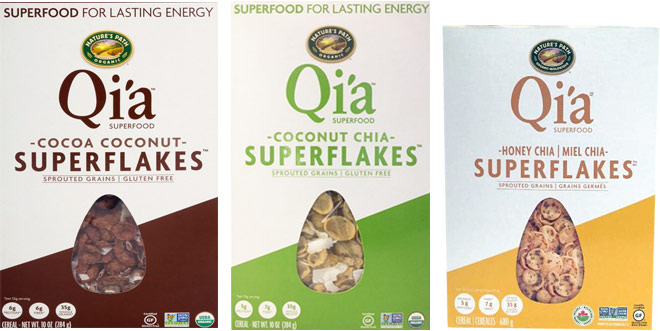 
Click here to see all cereals from Nature's Path.

Upload an image for this cereal
Comments About This Cereal
What do you think of Qi'a Superflakes?
There are no comments yet for this cereal. Be the first! Was it good? Was it bad?
Do you have information not included in the article? Let the world know!