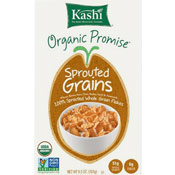 From: Kashi
Introduced in 2015


The complete name of this product is Kashi Organic Promise Sprouted Grains Cereal. According to the front of the box, the cereal consists of "100% sprouted whole grain flakes" made from "wheat, brown rice, oats, barley, spelt and amaranth." The box also says it is USDA Organic and Non GMO Project Verified.

The cereal was announced by Kashi on Twitter with the message, "We're proud to partner with @sproutedflour to make our new Sprouted Grains cereal. Look for it in your grocery soon!" The announcement included the following image: 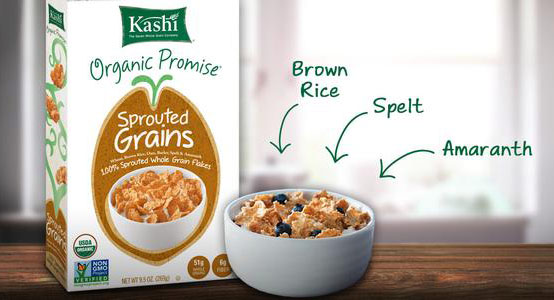 Upload an image for this cereal
Comments About This Cereal
What do you think of Sprouted Grains?
There are no comments yet for this cereal. Be the first! Was it good? Was it bad?
Do you have information not included in the article? Let the world know!