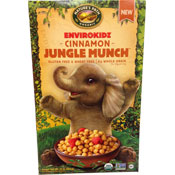 From: Nature's Path
Introduced in 2014


This cereal is from Nature's Path's Envirokidz line. The front of the box indicates that the cereal is "gluten free and wheat free" with "8 g whole grain" per serving. The only ingredients listed are whole grain corn meal, (apparently non-whole grain) corn meal, cane sugar, brown sugar, molasses, cinnamon and sea salt.

In 2015, the front of the box featured an adorable, semi-realistic, big-eyed, young elephant. The back of the box had an activity page called "What's it like to be an Elephant?" with a quiz and a spot-the-differences photo puzzle. 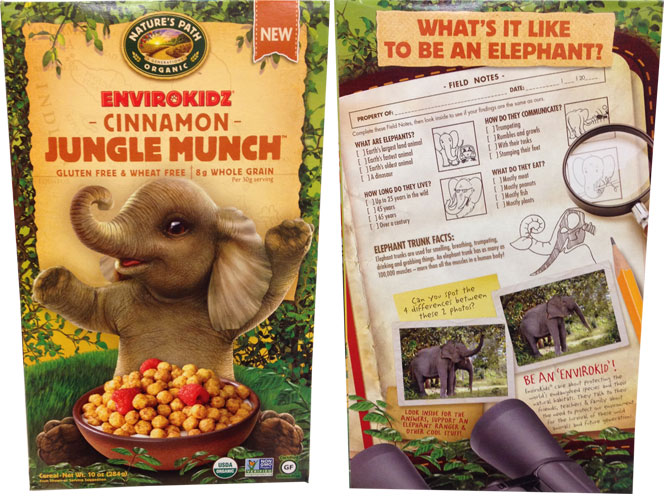 When this cereal was introduced in the Spring of 2014, Nature's Path also debuted another cereal called Chocolate Choco Chimps.

Upload an image for this cereal
Comments About This Cereal
What do you think of Cinnamon Jungle Munch?
There are no comments yet for this cereal. Be the first! Was it good? Was it bad?
Do you have information not included in the article? Let the world know!