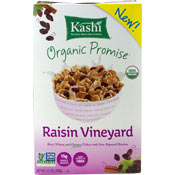 From: Kashi
Introduced in 2014

According to the back of the box, "Organic Promise Raisin Vineyard cereal is a new twist on an old favorite. Our crispy flakes of rice, wheat and quinoa are baked with a touch of cinnamon, and paired with a generous helping of sun-ripened Thompson raisins. Each bit is a delicious blend of flavors, texture and nutrition." 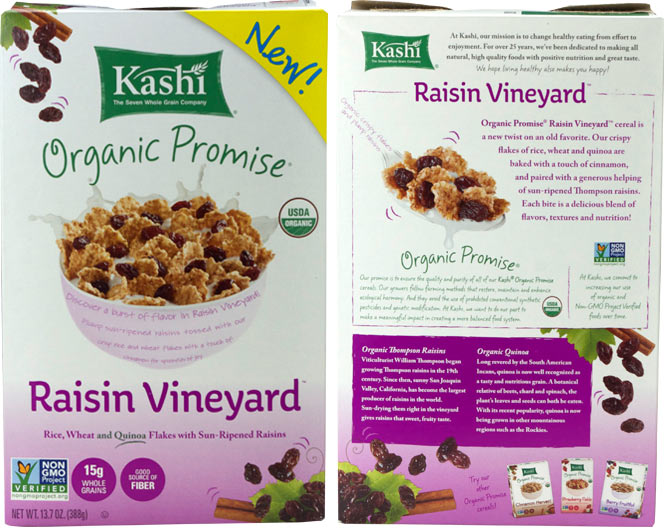 Raisin Vineyard Cereal has been reviewed on MrBreakfast.com.

Click here to read the review.
Upload an image for this cereal
Comments About This Cereal
What do you think of Raisin Vineyard?

My local store no longer carries it. Where can I find it?