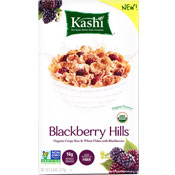 From: Kashi
Introduced in 2013

The side of the box encourages consumers to "Discover Blackberries" with the following text: "Did you know the blackberry belongs to the same family as the rose? Both plants have vine-like branches, but the blackberry's thorns are actually called 'prickles.' The fruit is made up of several drupelets in a bunch similar to the raspberry, but blackberries aren't hollow like their crimson cousin. It actually takes two years for a new blackberry plant to produce its first fruit." 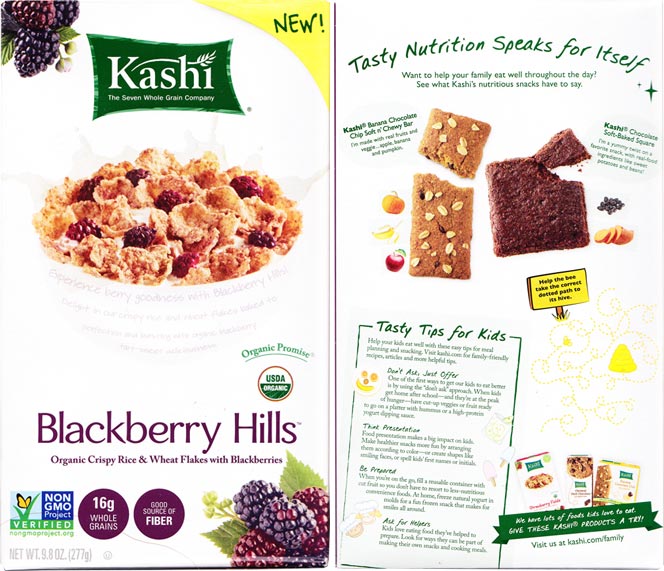 Blackberry Hills Cereal has been reviewed on MrBreakfast.com.

Click here to read the review.
Upload an image for this cereal
Comments About This Cereal
What do you think of Blackberry Hills?
There are no comments yet for this cereal. Be the first! Was it good? Was it bad?
Do you have information not included in the article? Let the world know!