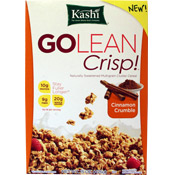 From: Kashi
Introduced in 2012


This cereal is described on the front of the box as a "naturally sweetened multigrain cluster cereal" that will help you "stay fuller longer" with "10g protein, 9g fiber (and) 20g whole grains."

The back of the box goes on to say...

"The satisfying goodness of Kashi GOLEAN Crisp! provides 10g Protein (as much protein as an egg), 9g Fiber (twice as much fiber as a cup of blueberries) + 20g Whole Grains (one of the 3 servings of whole grains recommended each day)." 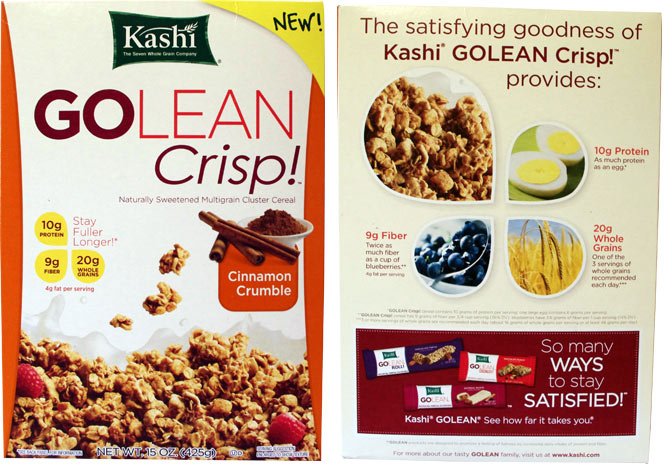 Click here to read the review.
Upload an image for this cereal
Comments About This Cereal
What do you think of Go Lean Crisp! Cinnamon Crumble?
There are no comments yet for this cereal. Be the first! Was it good? Was it bad?
Do you have information not included in the article? Let the world know!