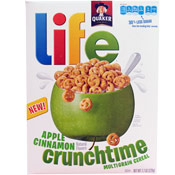 From: Quaker
Introduced in 2012


This multigrain cereal is described on the front of the box as having "apple cinnamon natural flavors" and "30% less sugar than the leading kids' cereals." The side panel calls it a "yummy cereal moms and kids will love!"

When this cereal was introduced, another variety also debuted called Strawberry Crunchtime. 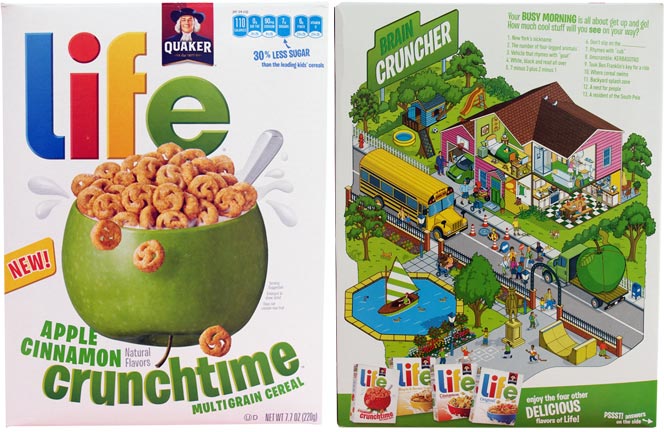 Life Crunchtime - Apple Cinnamon Cereal has been reviewed on MrBreakfast.com.

Click here to read the review.
Upload an image for this cereal
Comments About This Cereal
What do you think of Life Crunchtime - Apple Cinnamon?

Blech. The flavor is just not there. Plus it is one of those cereals that gets slimy as soon as milk hits it, and instead of being crunchy, the pieces just get weirdly chewy - like they're stale. :(