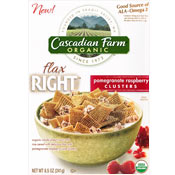 From: Cascadian Farm
Introduced in 2009


This cereal is described on the box as an "organic whole wheat, corn and rice cereal with delicious flax and pomegranate-raspberry juice clusters." The main cereal pieces are referred to as "oven baked squares."

Company Description: The company began in 1972 as an organic farm in the Upper Skagit Valley of Washington's North Cascade Mountains. The first products it sold were jams, frozen fruits and vegetables... Read on and see all cereals from Cascadian Farm 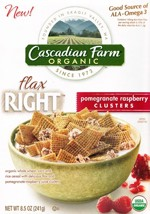 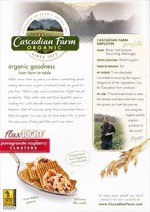 Submitter: Mr Breakfast
Uploaded: 12/7/2009
Additional details
Upload an image for this cereal
Comments About This Cereal
What do you think of Flax Right Pomegranate Raspberry Clusters?
By ForReal