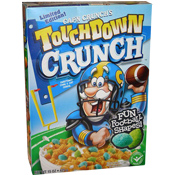 The first box featured Cap'n Crunch in a blue football uniform poised to make a pass. 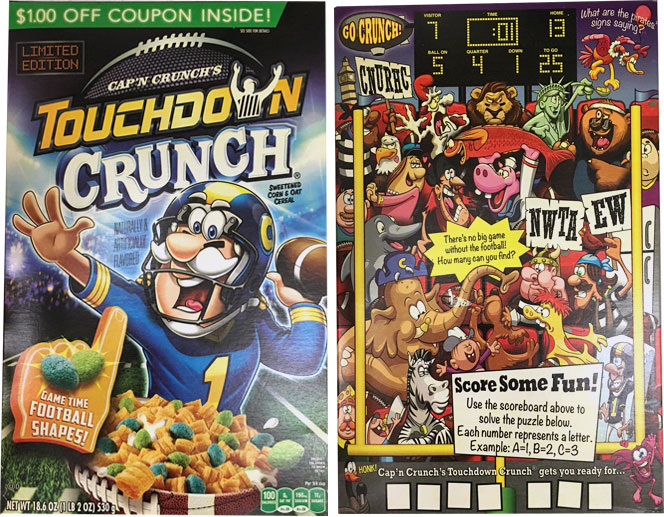 Above is how the box of Cap'n Crunch's Touchdown Crunch appeared in 2017.


Company Description: The Quaker Oats Company was founded in 1901 with the merger of three oat milling operations in the Mid-Western United States. Since then, the company has expanded operations to include a number of grocery sectors. In addition to hot and cold breakfast cereals, their products include... Read on and see all cereals from Quaker
This cereal belongs to the following Mr Breakfast Cereal Families:
Additional Images 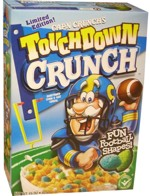 Submitter: Mr Breakfast
Uploaded: 4/20/2009
Additional details
Upload an image for this cereal
Comments About This Cereal
What do you think of Touchdown Crunch?
By UCDavis

I have a box of Touch Down Crunch with a DOLPHIN WEARING A Miami Dolphin Helmet on the front of box.