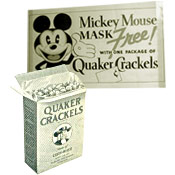 From: Quaker
Introduced in 1930


Advertisements in the early 1930's introduced this cereal as "the first really all new cereal in years."

Here's the text from an ad that appeared in Collier's, The National Weekly in 1932:

You've heard about new cereals before. Well here's one that's really new, really different! It's called Quaker Crackels. It's so good that people eat it out of the box, as they do popcorn. Yet so nourishing that mothers everywhere welcome it.

Quaker Crackels is made by blending together, under terrific pressure, the concentrated nourishment of Nature's choicest grain foods. And so it brings you a variety of food elements no cereal has given before.

In appearance it resembles little golden pillows! In flavor it's supremely delicious. It is by actual tests 100% crispier than most crisp cereals!

We've dated this cereal at 1930 based on radio spots with The Quaker Crackles Man that appeared on WRC Radio (Arlington) that year. 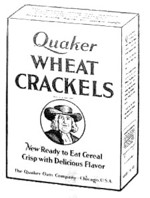 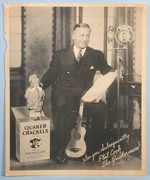 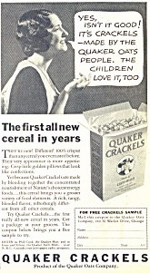 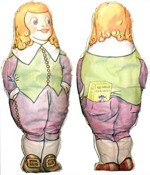 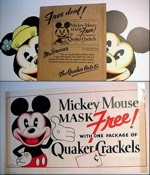 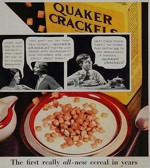 Submitter: Mr Breakfast
Uploaded: 9/4/2008
Additional details
Upload an image for this cereal
Comments About This Cereal
What do you think of Quaker Crackels?
By Frank

It must indeed have been a popular cereal, because on May 12, 1930, lyricist Phil Cook recorded his song, "The Quaker Crackels Man" for Victor as a vocal solo accompanied by tiple.