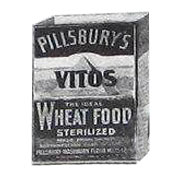 From: Independent / Undefined
Introduced in 1897

Advertisements and packaging for Vitos pointed out that the cereal was sterilized. "Pillbury's VITOS, the ideal wheat food, is sterilized. Unlike other cereals, it does not have to be critically examined before using and none need ever be thrown away."

Vitos had many uses. It could be eaten as a hot breakfast (ala Cream of Wheat); it could be used in place of bread crumbs for batter frying meats and fish; an ad from 1899 titled "An Autumn Morning Dish" described how Vitos could be used to make fried mush:

Pillsbury's VITOS, the ideal wheat food, can be prepared in the form of fried mush, but fried mush of unusual delicacy and ease of digestion. Fried mush made of Pillsbury's VITOS is neither greasy nor heavy. Served with maple syrup, it is an ideal breakfast dish for cool Autumn Mornings.

In the early 1900's Pillsbury had a contest, giving away $680 in cash prizes for the best recipes for cooking with Vitos. 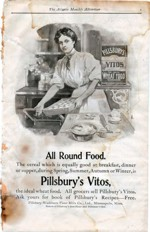 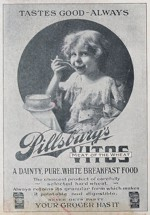 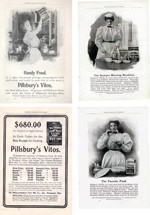 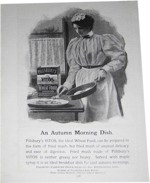 Submitter: Mr Breakfast
Uploaded: 9/26/2008
Additional details
Upload an image for this cereal
Comments About This Cereal
What do you think of Vitos?
There are no comments yet for this cereal. Be the first! Was it good? Was it bad?
Do you have information not included in the article? Let the world know!