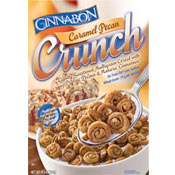 
This cereal is described on the box as a "lightly sweetened multi-grain cereal with praline pecans and Makara cinnamon".

Did you know pecans are native only to North America and grow naturally in many mid-western and southeastern states? We use real candied praline pecans to provide an authentic, irresistibly nutty and buttery caramel flavor experience.

Cinnabon Caramel Pecan Crunch Cereal has been reviewed on MrBreakfast.com. 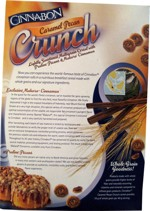 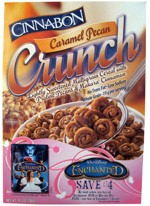 Submitter: Mr Breakfast
Uploaded: 6/24/2008
Additional details
Upload an image for this cereal
Comments About This Cereal
What do you think of Cinnabon Caramel Pecan Crunch?
There are no comments yet for this cereal. Be the first! Was it good? Was it bad?
Do you have information not included in the article? Let the world know!