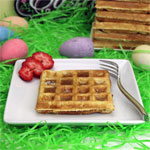 (6 servings)    Printable Version
This recipe might be better named "Day After Easter Ham Waffles" because it's a fun way to use up any leftover ham from Easter brunch or dinner. I found the waffles to be light and fluffy on the inside with a respectably crisp exterior. For my tastes, the ham was a bit subtle. If I make it again, I will increase that ingredient to 3/4 cup, maybe even a full cup. The bites where ham was noticeable were the best bites, so I suggest you ham it up. Overall, I enjoyed these waffles quite a bit, but I know they could be a little better. (This recipe was submitted in 2003. It was tested and photographed in April 2017.) 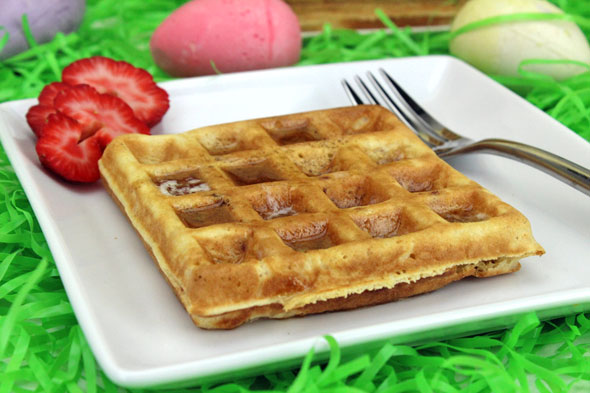 How To Make Easter Ham Waffles

Beat the egg yolks and whisk in the milk and shortening. Add to dry ingredients and mix with a spatula until smooth.

Pour batter into each section of hot waffle iron in amount recommended by your machine's manual. Bake until brown. You can tell waffles are nearly ready when the amount of steam coming out becomes significantly less noticeable. 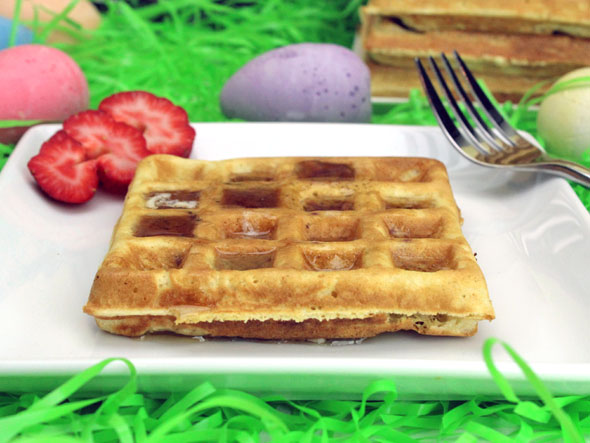 Using a Cuisinart Belgian waffle maker, I was able to make 3 batches for a total of 12 1-inch thick waffles.

The only adjustment I made to the recipe was to use 3 Tablespoons butter and 2 Tablespoons shortening as opposed to all shortening. I decided to use maple extract where that choice was given.

If you decide to double the amount of ham as I suggest above, you'll probably want to omit the salt from the recipe as most ham is plenty salty. 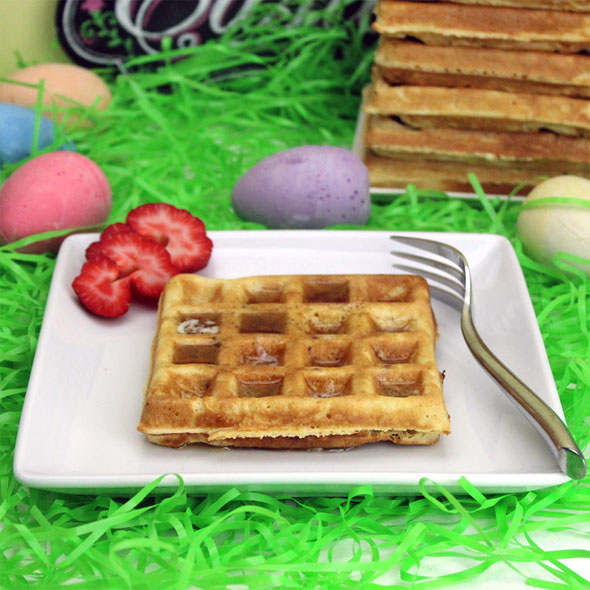 A terrific use for leftover ham from Easter brunch or anytime you have ham sitting in the refrigerator.

Mr Breakfast would like to thank Saunny for this recipe.


Comments About This Recipe
What do you think of Easter Ham Waffles?
There are no comments yet for this recipe. Be the first! Was it good? Was it bad? Did you make it better somehow? Let the world know!