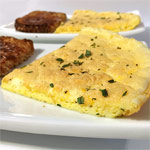 (4 servings)    Printable Version
This omelette tasted great and had the light foamy texture promised in the name. But it did take 20 minutes to make, as opposed to about 5 minutes for an omelette with the same ingredients that isn't foamy. I'm glad I made it. The heavily beaten egg white made an omelette (maybe more of a frittata) that was double the volume of a traditional 4 egg omelette. I folded in a handful of shredded Cheddar cheese where that option is given. I used chopped basil and oregano as my final garnish. Bottom Line: This was fun and worked well, but I'm not sure it's worth the extra 15 minutes. (This recipe was submitted in 2003. It was tested and photographed in April 2017.) 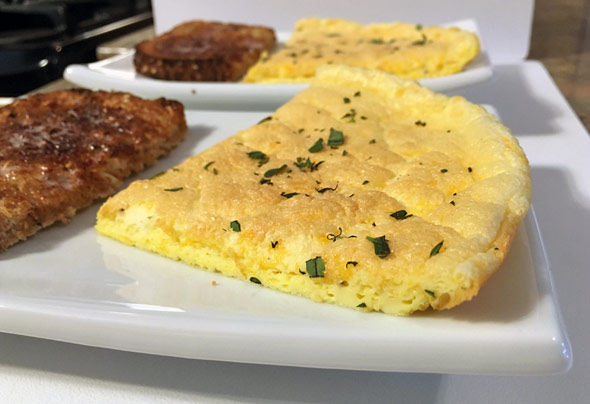 How To Make An Omelette Of Foam

In a separate glass or metal bowl, beat the egg whites until stiff, but not dry.

Make sure the bottom and sides of the skillet are well greased by carefully tilting the skillet.

Fold the stiffly beaten egg whites into yolk mixture. By this time, the pan should be very hot. Pour in the combined egg mixture, spread evenly, and cook slowly until the bottom of the omelette is completely set - about 7 minutes.

Place omelette in the oven to finish cooking the top - about 10 minutes.

Turn out onto a plate and serve at once.

Finely minced ham, grated cheese or finely chopped parsley may be folded into mixture, if desired.

For a nice final touch, top each serving with sprinkling of freshly chopped herbs. 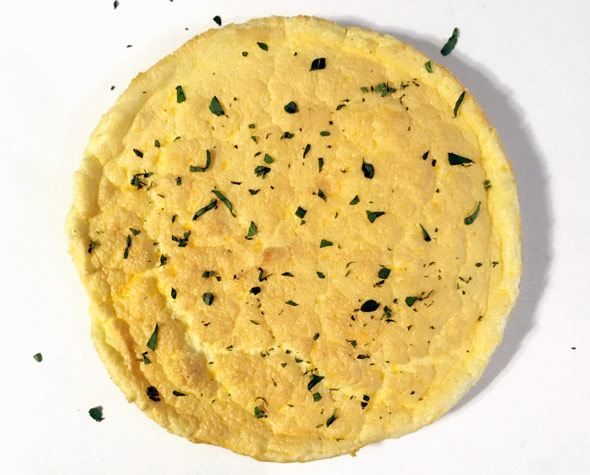 For my stovetop heat, I used a setting of 3 out 7.

You can tell that the omelette is finished cooking when it's nicely browned on top and looks rather firm when you shake and tilt the pan. 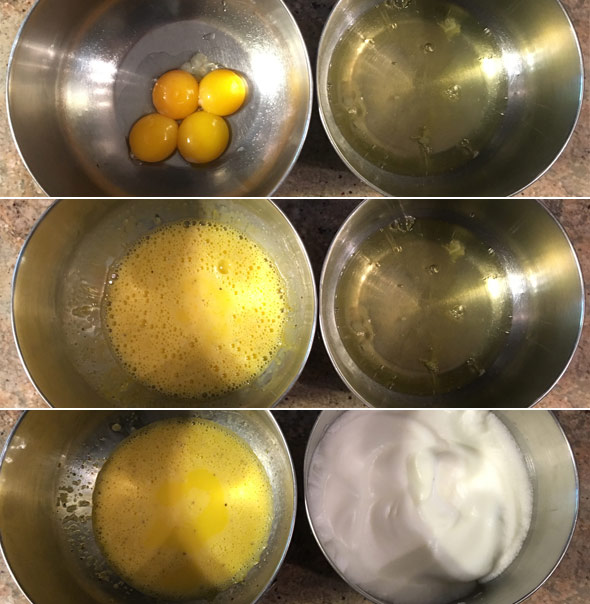 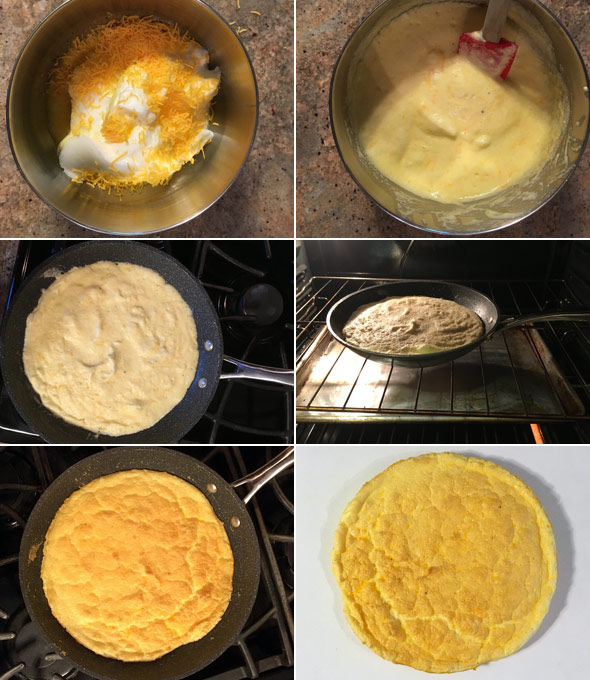 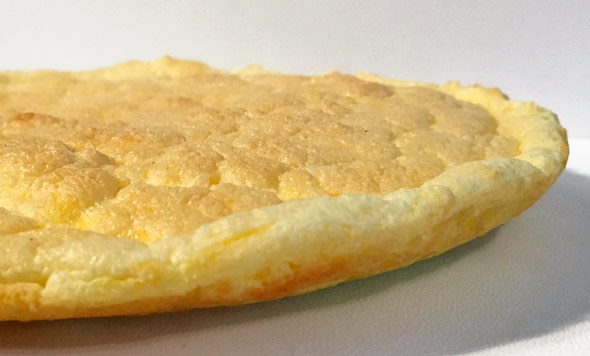 A textbook example of a light and puffy omelette in which the egg whites are beaten separately and folded in with the yolks to produce a finished omelette with more volume.

Mr Breakfast would like to thank saraa for this recipe.


Comments About This Recipe
What do you think of Omelette Of Foam?
There are no comments yet for this recipe. Be the first! Was it good? Was it bad? Did you make it better somehow? Let the world know!