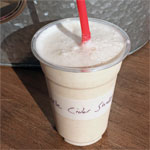 (3 servings)    Printable Version
Wow! I can't really recommend this recipe for breakfast (due to the ice cream), but if you want a dessert or treat that tastes like frozen apple pie a la mode in a glass... this is it. I'd suggest that you skip the honey, because it's plenty sweet enough without it. For a healthier version, you could replace the ice cream with low fat vanilla yogurt and maybe a banana. But for taste, this is right on the money as originally written. (This recipe was submitted in 2003. It was tested and photographed in June 2017.) 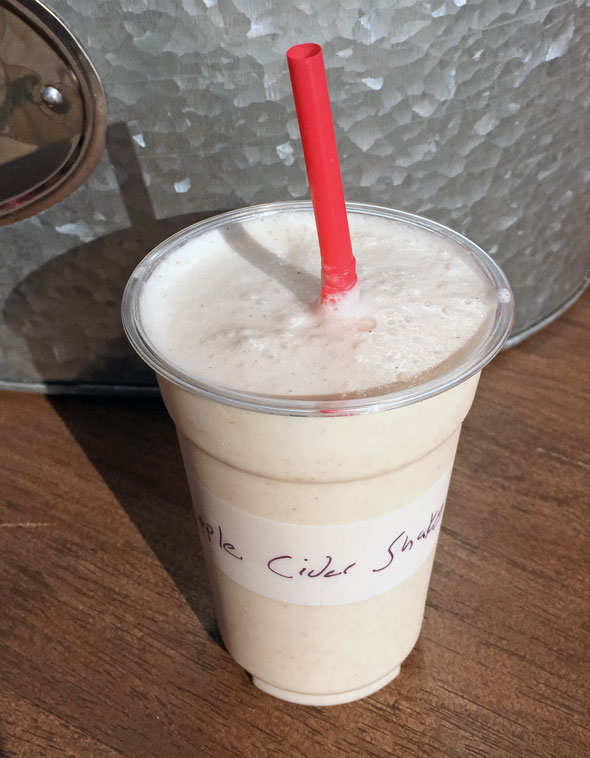 How To Make An Apple Cider Shake

Blend all ingredients together, except the nutmeg.

Garnish with cinnamon stick, if desired. 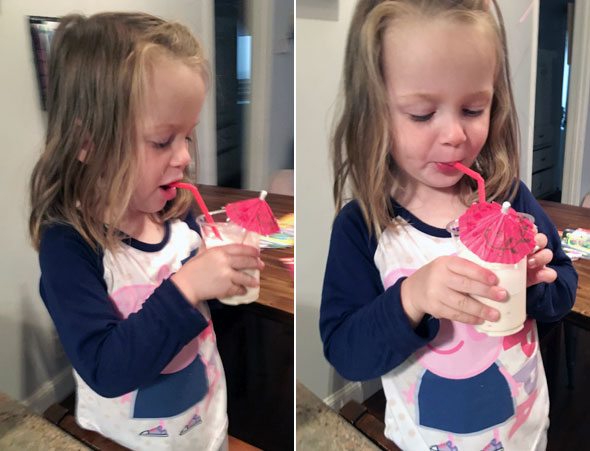 Maybe seems odd for a breakfast drink, but it's a great one for a winter weekend morning or during the holidays.

Mr Breakfast would like to thank astrometrics for this recipe.


Comments About This Recipe
What do you think of Apple Cider Shake?
Overall Average Rating = 5 (out of 5)
Based on 1 vote.

From Cookingal123
This recipe was very delicious. I thought that it was very good!

If you sprinkle some cinnamon sugar over it and a slice of apple it gives it a nice christmas-ee taste.