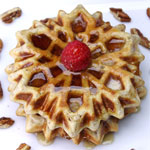 (8 servings)    Printable Version
These were some pretty nice waffles. The maple flavor within the waffles is from maple extract which I actually preferred over using real maple syrup. Besides pure maple syrup being ridiculously expensive these days, it takes 1/3 cup of maple syrup to deliver the same flavor as 1/2 teaspoon of maple extract. If I make this recipe again, I'll increase the amount of extract to a full teaspoon. I'd also consider adding a pinch of cinnamon. But overall, these waffles were tasty and satisfying. (This recipe was submitted in 2002. It was tested and photographed in June 2016.) 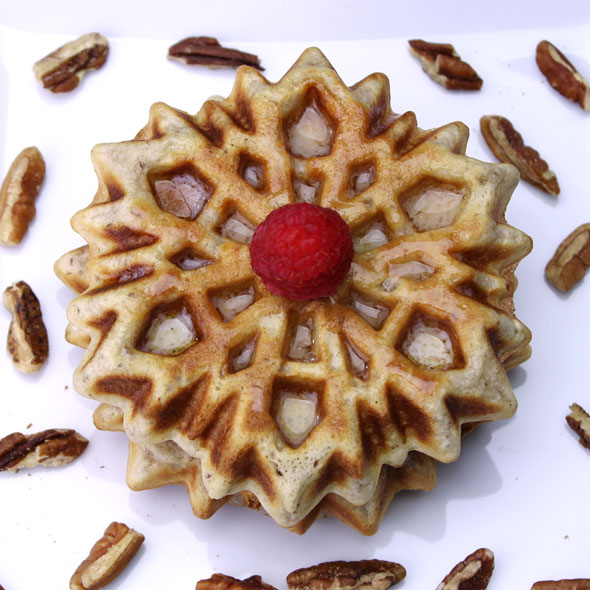 How To Make Nutty Maple Waffles

If desired you can replace the evaporated milk with 1 and 1/2 cups regular milk.

Gradually, add dry ingredients to the wet ingredients, beating well after each addition until smooth.

Repeat with remaining batter and nuts. 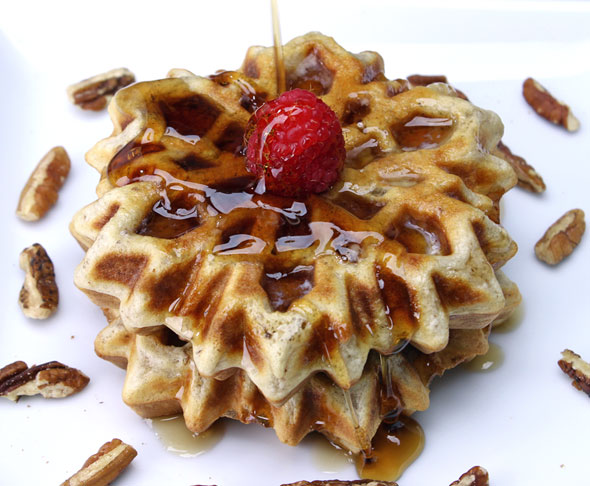 To make the waffles shown here, I used a Disney Frozen Sisters Snowflake Waffle Maker. It cost about $20. The waffles it makes tend to be more dense, but they’re unique, pretty and fun for kids. This recipe made 8 waffles using 1/2 cup batter per each waffle.

I deviated from the recipe directions just slightly by mixing the chopped pecans into the batter as opposed to sprinkling them over the batter. 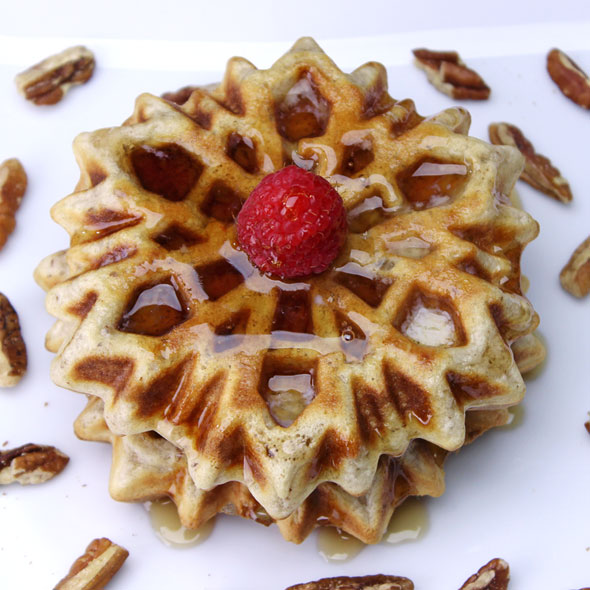 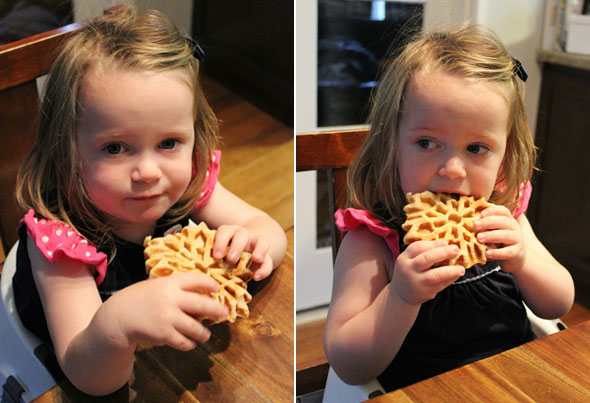 The 'nutty' comes from chopped pecans and the 'maple' is from flavor extract. Evaporated milk (optional) adds moistness and a unique sweetness.

Mr Breakfast would like to thank lexani97 for this recipe.


Comments About This Recipe
What do you think of Nutty Maple Waffles?
Overall Average Rating = 4 (out of 5)
Based on 2 votes.

From idara (Team Breakfast Member)
I didn't really care for these. They have a tendency to stick to the waffle iron so be sure to oil it well.

From norseman (Team Breakfast Member)
This is a great meal, anytime of the day, especially for the serious fantasy football player ;)