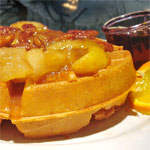 (4 servings)    Printable Version
In a mixing bowl, combine flour, sugar, baking powder, cinnamon, nutmeg and salt. In another bowl, beat egg yolks slightly. Beat in milk and cooking oil. Add the egg yolk mixture to the flour mixture all at once. Stir just until combined, but still slightly lumpy.

Stir in chopped apple. In a small bowl, beat egg whites with an electric beater until stiff peaks form.

Gently fold beaten egg whites into batter. Be careful not to over-mix.

Pour some of the batter onto grids of a preheated lightly greased waffle baker. Close lid quickly. Do not open during baking. Bake according to manufacturer's directions.

When done, use a fork to lift waffle off grid. Repeat with remaining batter. 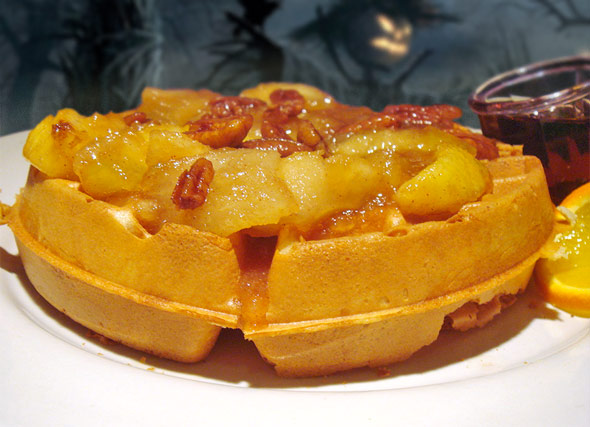 This apple waffle recipe uses beaten egg whites to make the waffle fluffy and light. It's topped with apple pie filling, pecans and maple syrup for an appetizing apple experience.

Mr Breakfast would like to thank cantinanana for this recipe.


Comments About This Recipe
What do you think of Double Apple Waffles?
Overall Average Rating = 4 (out of 5)
Based on 1 vote.