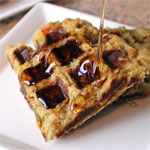 (8 servings)    Printable Version
I made these the first time on Christmas day with a fancy stuffing that we had leftover from Christmas Eve. I liked them so much... two weeks later I bought Stove Top Stuffing so I could make them again. Both versions were fantastic. I had 6 different people try these waffles and everyone loved them. The outside is crisp and the inside has a softer stuffing-like texture. I liked them topped with gravy. I liked them even more topped with syrup for a sweet and savory combination that made these unique waffles even more unique. A+ (This recipe was developed, tested, perfected and photographed in December 2015 and January 2016.) 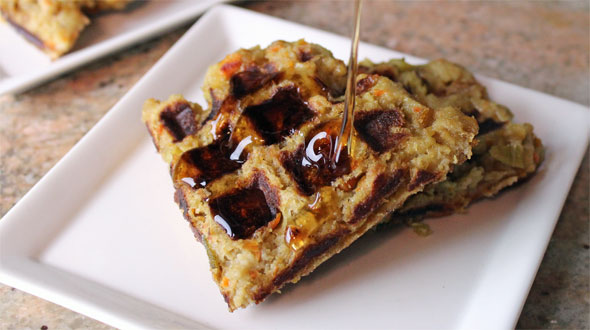 How To Make Waffles With Stuffing

Place stuffing in a very large bowl. Add broth and beaten egg and mix until stuffing is well moistened. Add a little more broth a splash at a time if stuffing is still partly dry.

* See note below about using cooking spray on your waffle iron.

Place portions of the mixture on preheated waffle iron and spread to an even layer using a spatula. Close lid and cook on waffle maker's highest setting. When the machine indicates the waffle is done, cook 1 minute longer. Check if waffle is golden brown and crisp. Cook another minute or two if needed. (Each waffle should take between 5 and 6 minutes.)

Top each waffle with brown gravy and a small dollop of cranberry sauce.

Or... believe it or not, these are great with butter and maple syrup like traditional waffles. 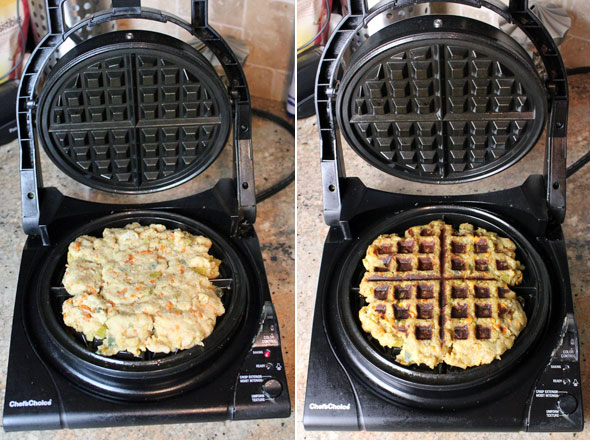 I found that these waffles look best when you don't fill the waffle maker completely. For a nice, rustic appearance, leave a 1/2 inch to 1 inch of space between each waffle and the edge of the waffle maker.

The ingredients above don't need to be exact. As long as you have 1 egg per each 1 and 1 1/2 cups to 2 cups of stuffing, the waffles should hold together fine. If you're stuffing is already moist, the chicken broth can be omitted. 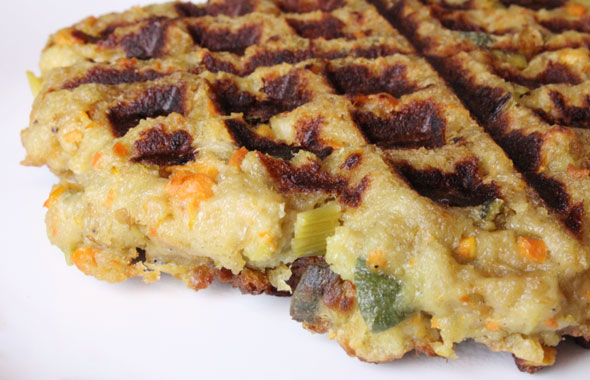 Turn leftover stuffing into delicious, unique waffles. This is easy and it works great.


Comments About This Recipe
What do you think of Stuffing Waffles?
Overall Average Rating = 5 (out of 5)
Based on 1 vote.