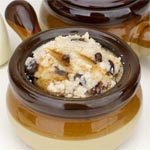 (4 servings)    Printable Version
This isn't the prettiest breakfast I've ever photographed, but don't let that fool you. These grits are delicious and they're fun because you can play with different toppings. I started with a sprinkle of cinnamon and sugar. Next, I added a splash of milk. I followed that with a splash of eggnog. After that, I added a drizzle of maple syrup. Finally, I went nuts (btw... nuts would also be good) and garnished it with mini marshmallows. The sweeter I made these grits, the better they were. I feel like I could spend days just adding more and more sweet flavors. If you don't hear from me for a while, that's probably what I'm doing. (Recipe was tested and photographed in January 2014.) 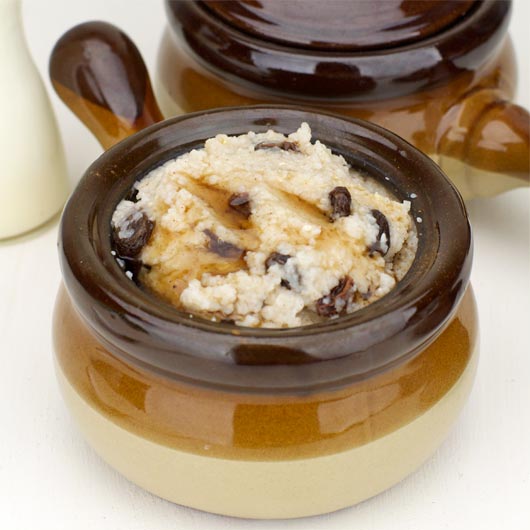 How To Make Sweet Breakfast Grits

In a medium sauce pan, bring the water, milk and salt to boil. Slowly, stir in the grits. Allow mixture to come to a boil once again. Immediately, lower the heat to a simmer. Cook at the low temperature (stirring occasionally) for about 10 minutes or until the grits have the consistency you prefer.

Add the butter, raisins, sugar and cinnamon. Stir until the butter is melted and all ingredients are combined.

Turn off heat and allow grits to set for 5 minutes so the raisins soften.

Transfer to bowls and serve with additional milk and sugar. 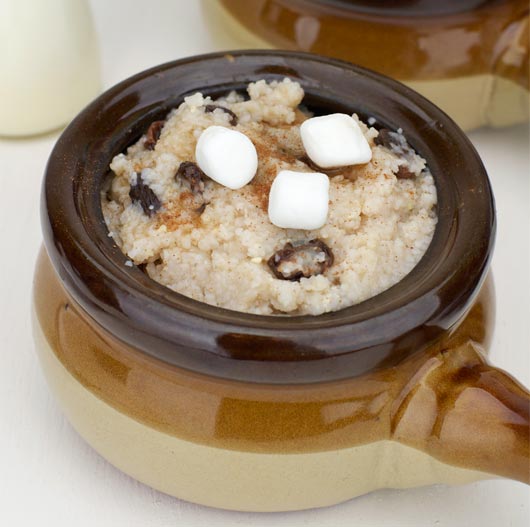 A creamy, sweet treat from the south. You can experiment with this recipe. Anything you might add to oatmeal, you can also add to these grits. Try chopped nuts or fresh berries for fun variations.


Comments About This Recipe
What do you think of Sweet Breakfast Grits?
Overall Average Rating = 5 (out of 5)
Based on 2 votes.

From Ramona3
I like it much better than oatmeal!

From KayJay
Sweet gris are the best! I added chopped walnuts and used maple syrup instead of sugar in the recipe.