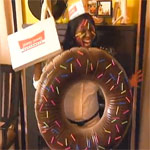 Donut Costume (Do Not Eat)

Once dry, paint the top of the inner tube with dark brown paint to look like frosting. With the paint still wet, adhere pieces of colorful plastic straws over the top to look like sprinkles. If the paint dries too soon to adhere all sprinkles, use glue to stick on the remaining straw pieces.

Adhere the the duct tape strap to the back of the donut on opposites sides across the center. Use plenty of tape to make it stick. Then, use plenty more tape to reinforce the the pieces you just put down.

Strap the donut around your neck.

Complete the costume by carrying a traditional donut box and wearing a paper hat associated with donut shop workers. White pants and a white shirt with a black belt help to complete the illusion. 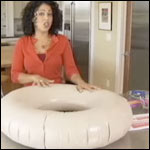 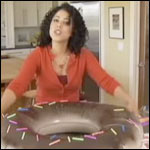 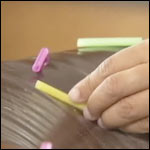 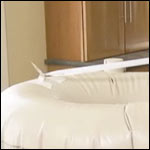 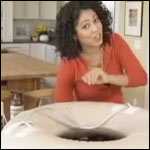 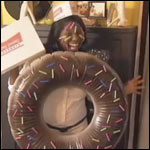 This recipe isn't for eating... it's for wearing. This is a great Halloween costume that you can make on the cheap. Important: You're gonna look delicious. People may try to eat you. Don't let them.

Mr Breakfast would like to thank unclejoe for this recipe.


Comments About This Recipe
What do you think of Donut Costume (Do Not Eat)?
Overall Average Rating = 5 (out of 5)
Based on 6 votes.

From kelly
Thanks so much! Great idea!

From Peter4
Wow - such an awesome idea for a costume. I never would've thought to use an inner tube as a donut!! You may be interested in the creative costume contest over at halloweenhero.com ($250 grand prize). Thanks again for this incredible costume idea. - Peter

From MissB
Lighten up... there are boatloads of food recipes to look at. This is too fun!

From LoveMyIpad
I love this! Who cares if this isn't really a recipe!

It would be better if you would put edible things on a breakfast website. Not something you wear.